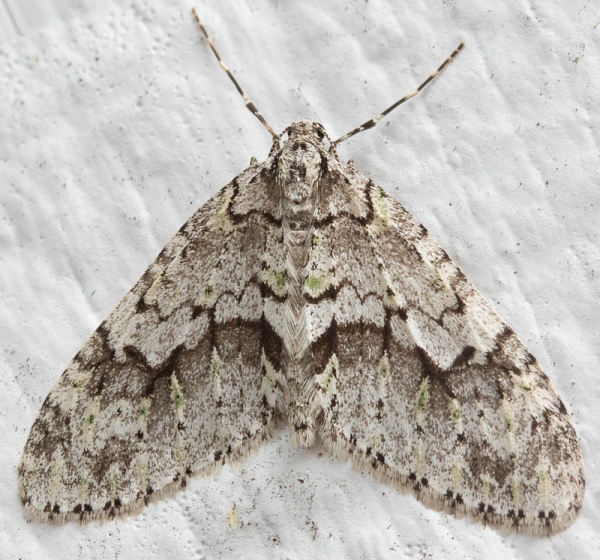 After finishing up a walk around the park this morning, I checked for moths at some of the usual spots, and was interested to find several. Most were familiar early season ones, but I did see one I couldn’t recognize. This was due in part to it being further up the building, so I couldn’t see the details very well, only that it was a Noctuid.

I was interested to hear a Ruby-crowned Kinglet singing in the park, and Connor got pictures of a Hermit Thrush along the river. Hard to say whether either of these are early migrants (very early for the thrush) or birds that survived the winter in the area.

This afternoon I went out the road to look at the herring spawn. It was apparently active from Sandy Beach to The Cove, so at least a couple of miles of shoreline, I think. I heard about whales and sea lions being active out that way at various times during the day, but I didn’t notice any during my short time out there. 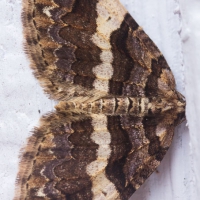 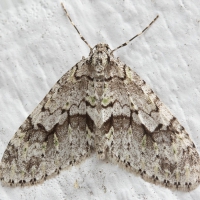 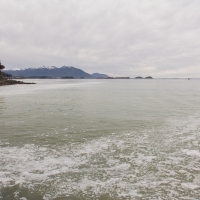