Another frosty morning and warm sunny day with calm winds, though this could be the last for a while, as clouds are forecast to move in tonight with rain tomorrow.

After class this morning I spent some time over at old airport road. While there I heard and saw the Ruby-crowned Kinglet again, but this time I also saw an American Tree Sparrow. I think it may have been singing, though it wasn’t really a very full-throated song. There was too much noise to record it, then when it was quieter later, the bird was no longer singing.

I forgot to mention yesterday that it looked like there was pollen in the air. I’m not sure if the alders are putting out pollen yet, though I imagine they might be getting close. I have seen willow blooming down the street, so perhaps it was contributing some. 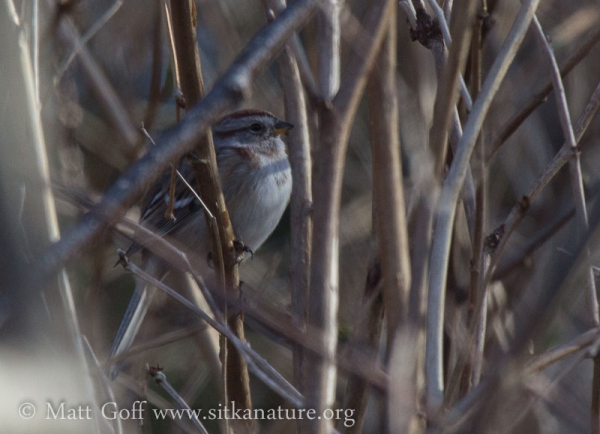