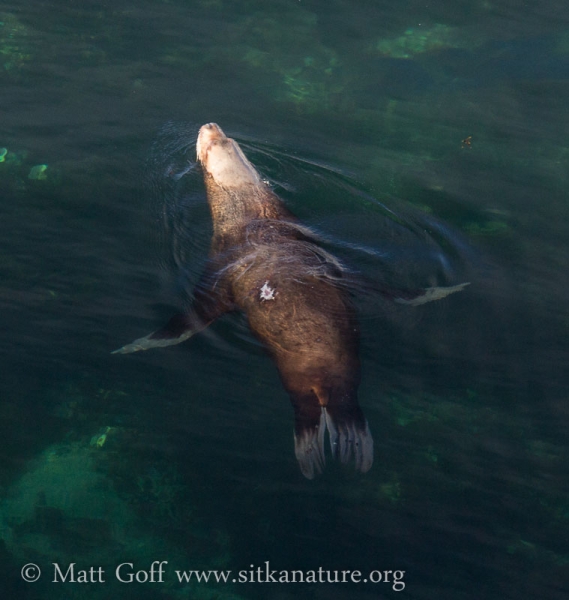 This morning skies were overcast, but there was a chill in the air. Through breaks in the lower clouds, I could see the snow level had dropped to under 2000 feet, one of only a few times I’ve seen that this year. Later in the morning, the ceiling started to break apart and the afternoon was partly cloudy over town, with clouds hanging around many of the mountains. The lingering clouds were not enough to keep the snow on the trees, so it did not look like the snow level was so low by later in the afternoon.

On my way over to UAS for class this afternoon, I stopped to watch and photograph three Steller’s Sea Lions (Eumetopias jubatus) from the bridge. The elevated vantage point combined with relatively clear water and direct sunlight made it easy to see them underwater as well, which was fun. One of them appeared to have a wound in its side. It seemed too small to be from a predator, so I wonder if maybe another sea lion bit it.

A female Common Goldeneye was diving very near shore by the UAS ramp. While she was underwater I was able to get down fairly close without scaring her off. A couple of times I saw her eating something when she came up, but I couldn’t really see what it was.

There was a sea otter off the netpens at the Science Center today. Interesting to see one in so close. I’ve seen them in that area before, but not too often.

Over the past couple of days I’ve been working on my sizable backlog of photos. For those that are interested, I posted several photojournal entries (mostly just photos, since I don’t remember much detail from that far back) from the last three months of 2009, and managed to finish up at least that quarter. I still have many photos going back to 2008 left to take care of, but hope to make steady progress in the coming weeks (which I’ve also hoped in the past, only to fall further behind, so time will tell). 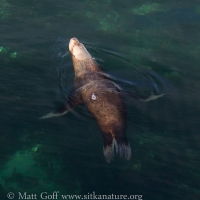 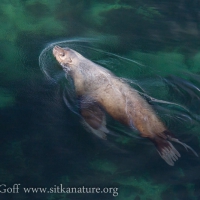 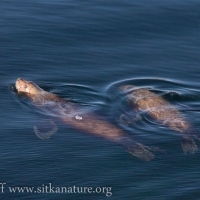 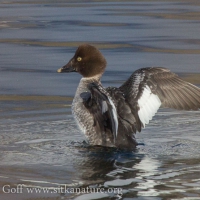 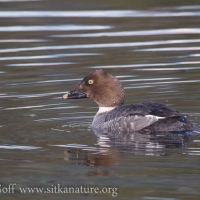 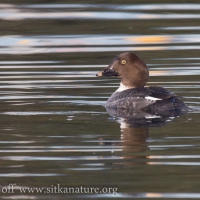 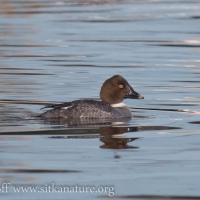