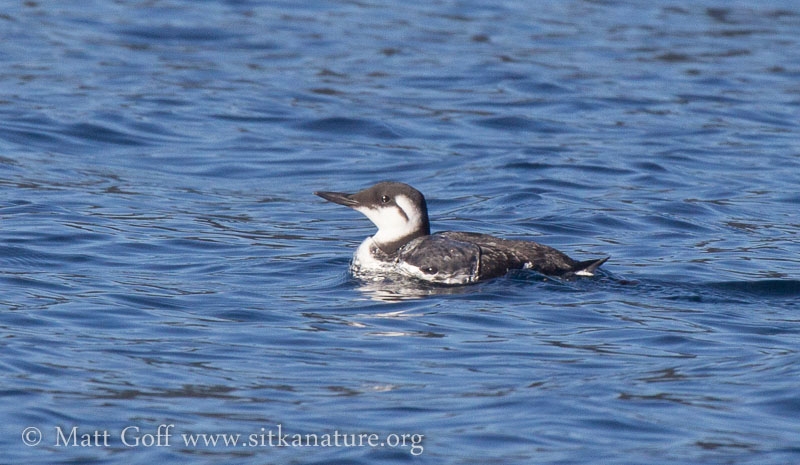 It was (relatively) warm sunny day, and I had wanted to try and catch the Spotted Sandpiper at Totem Park before bird-reporting winter season wrapped up at the end of this month. The tide had been up, but was already going out and down the flats a ways by the time I got there. I did not find the Spotted Sandpiper, but it was a nice day for a walk.

I noticed some interesting patterns in the water near the mouth of Indian River. I tried to get some pictures, but it was sort of hard to capture well. I think it was swirls of mixing between the fresh and salt water, but I’m not sure.

This afternoon I made it out to Starrigavan with a friend. Two or three humpback whales were not far offshore. When we first saw them, it almost looked like one was just off the beach at Old Sitka, but they moved over to near the ferry terminal then started going further out.

This evening I saw the best green flash I’ve ever seen. Really it was the first no-doubt one. Unfortunately, the photos I got were a little over-exposed and so some of the green was a bit washed out, but they were still the best I’ve managed. An exciting (for me) way to end the daylight hours. 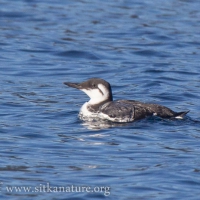