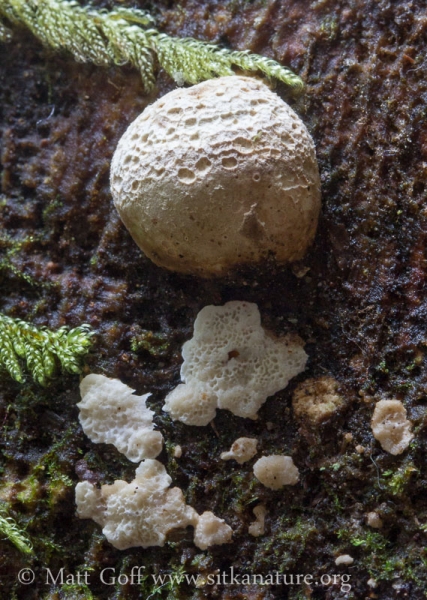 Connor, Rowan and I went up Gavan Trail to the Upper Cross trail intersection today. Along the way I stopped to take more pictures of the orange polypore I had noticed previously. While there, Connor pointed out some other interesting looking fungi growing on the cut log end opposite the one with the orange polypore, so I took some pictures of it as well. Only after I got home and took a closer look at the photos did I notice the slime mold developing near the orange polypore. As I’ve thought so many times before, if only I had noticed at the time, I would have taken a closer look and got better photos. I guess it’s good to get reminders. 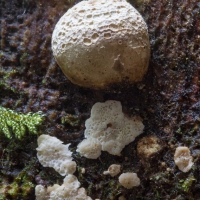 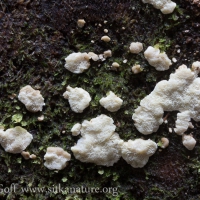 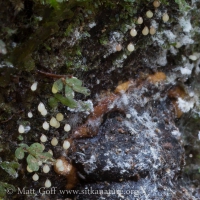 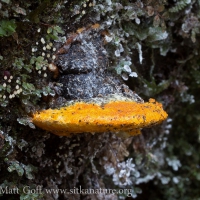 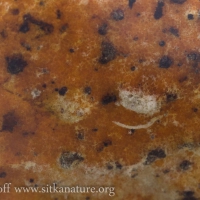 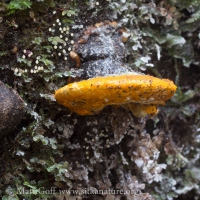