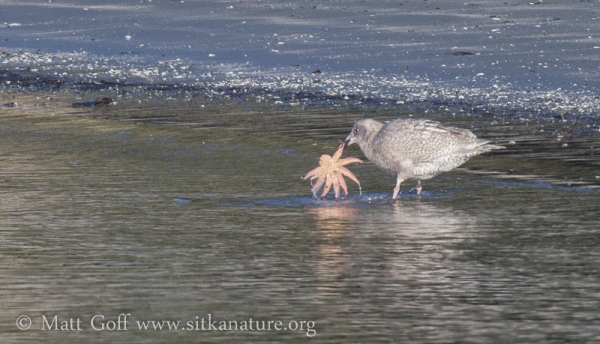 On a trip to Magic Island last February, I noticed a young gull working on a small sunstar (Pycnopodia helianthoides). 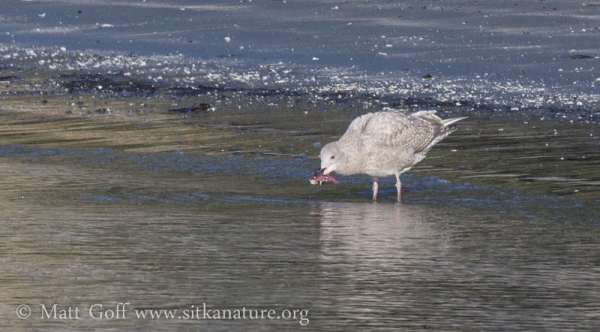 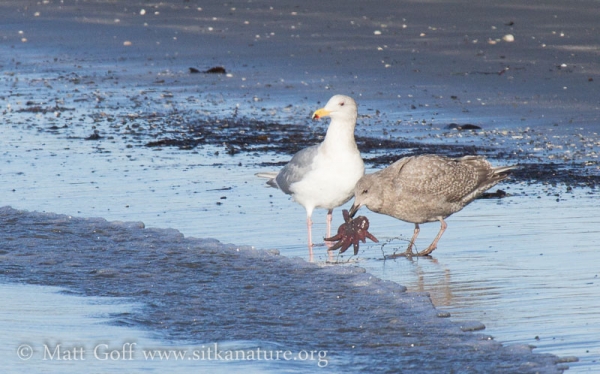 At one point an adult gull came over and checked out what was going on. At first I thought maybe the adult would take the food from the juvenile. (Gulls often seem competitive about food, but maybe that’s just some sorts of food, as I have to admit I’ve never actually seen them fight over sea stars.) 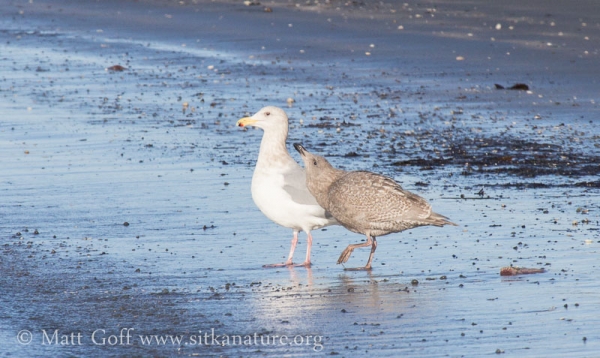 I was a little surprised to see the juvenile begging from the adult shortly after it wandered over. (Notice sea star leg ignored on the beach behind them.) I tend to think of gulls as being pretty much completely on their own by their first winter, but maybe that is not entirely the case. I wonder whether the adult was this one’s parent, or the juvenile was not picky about the adult, and just wanted something better to eat than a sea star leg. 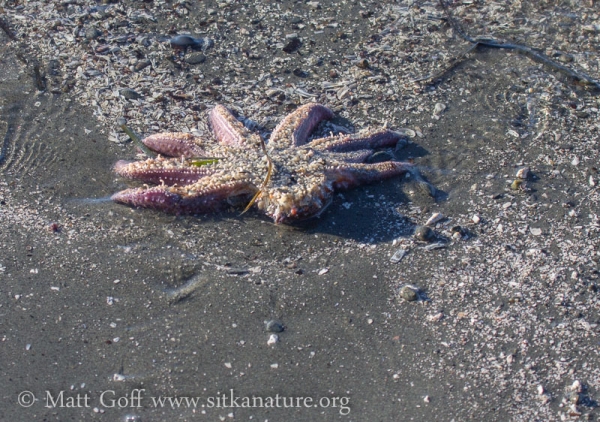 The sea star ended up a few legs short, but it should be able to grow those back, I think. 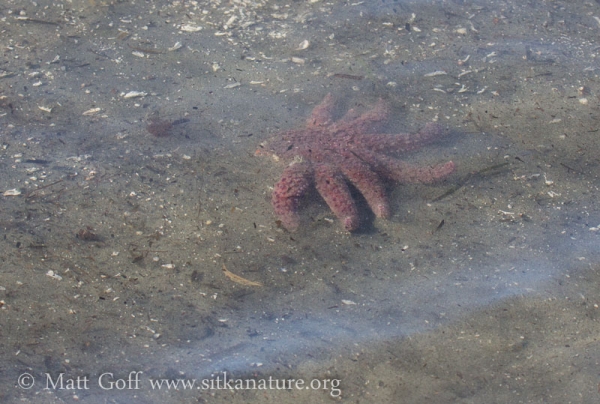 I set it right side up where it wasn’t being constantly tossed by the waves coming in, and it seemed to slowly start moving out into deeper water.