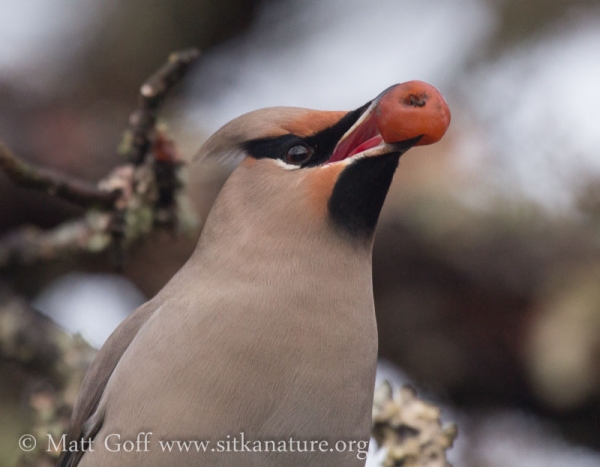 This morning after recording a conversation for next Sunday’s radio show, I went over to the airport with one of my guests for the show to see if the bluebird was still around. We were able to find the bluebird, and along the way, I also saw a couple of American Tree Sparrows in the bushes with the juncos. In addition there was a warbler, which I didn’t see well enough to be sure about, but suspect it was an Orange-crowned Warbler.

Later in the day I spent some time trying to find a Purple Finch Connor had photographed. No luck on that front, but I had fun with some very nice views of Bohemian Waxwings eating the crabapples in a tree around the corner from my house.

Connor spotted a rat at the brush pile in our yard later in the afternoon. It’s the first one I’ve seen in a long time (since I was a kid), so while I was not thrilled with it being in the yard, I was happy to be able to photograph it. It looked pretty cute/innocuous there eating sunflowers seeds spread for the birds, but they can certainly cause problems with chickens (as well as wild birds, though I don’t know how much that’s an issue for birds that don’t nest on the ground or in burrow. 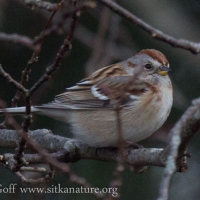 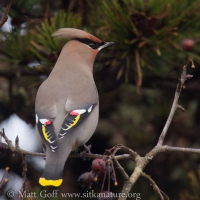 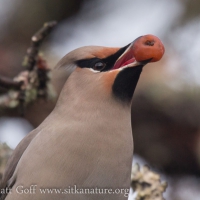 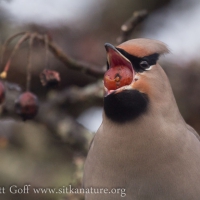 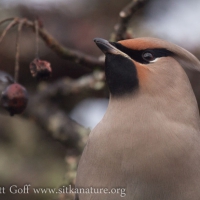 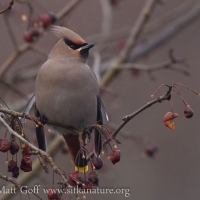 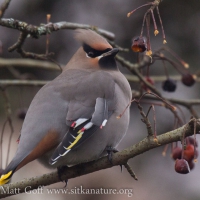 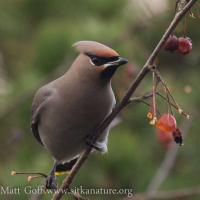 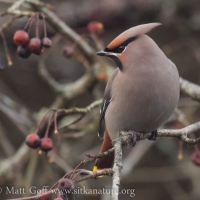 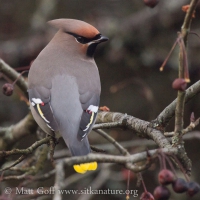 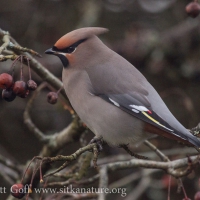 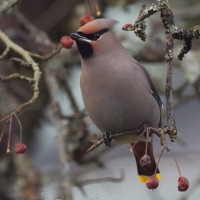 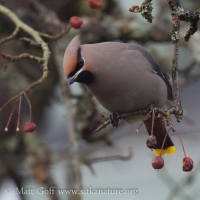 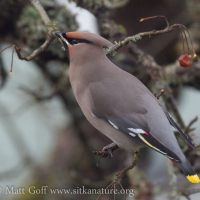 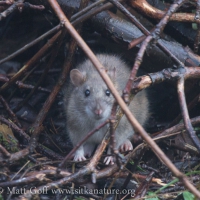 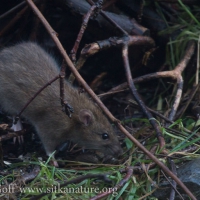 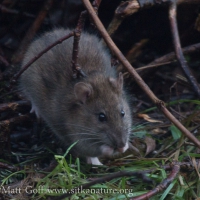 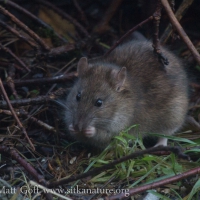 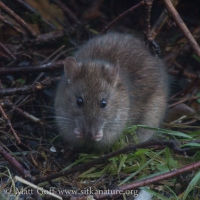 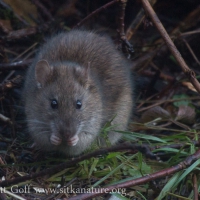