Occasional showers seemed to be the weather for today. This morning there was some hail associated with them, but later in the afternoon it was just rain. With the low angle sun, if there’s enough of a break in the clouds between showers it can make for some dramatic lighting. I missed some during a brief walk at the park, but stopped to take pictures of the showers out over the sound when I was out by Sandy Beach this afternoon.

There are still a few yellowed leaves on the red huckleberry (Vaccinium parvifolium) bushes along the trail in the park. I feel like there’s an at least semi-interesting photo there somewhere, and would like to try and find one before the leaves are all gone. At the very least it would be nice to document the phenomenon. 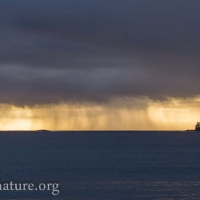 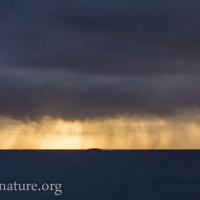 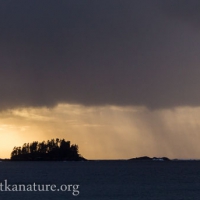 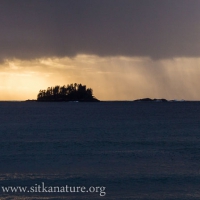 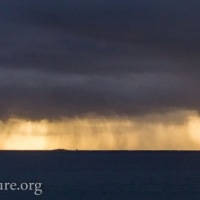