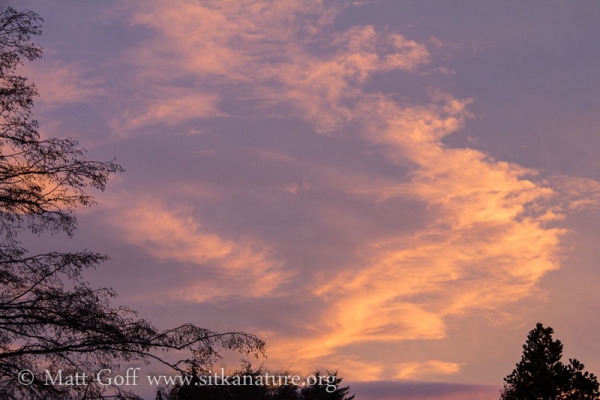 On my way back from Tlingit class this afternoon, I stopped by Swan Lake to see what might be around. The ice seems to be completely gone, but there was still some fog lingering on the surface of the lake. The male Green-winged Teal was on the peninsula, unusually tolerant for that species, but it ultimately took off before I was able to get a picture of it (originally I had not intended to because the light was pretty dim, but as it continued to stick around even though I was fairly close, I thought maybe I should go ahead and try – it was not long after that it took off).

This evening (later afternoon, really) the sunset developed some pretty intense colors. Before that, I enjoyed watching the changing light on a large cloud formation to the south. As the sun dropped different elements and their associated textures became illuminated. 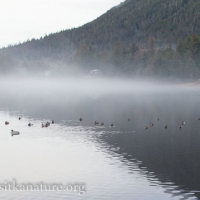 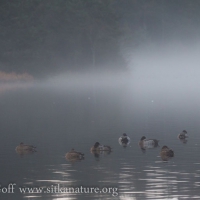 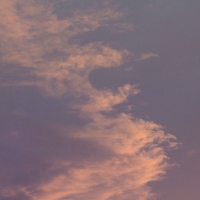 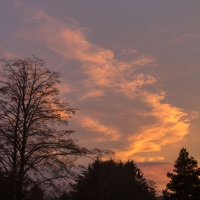 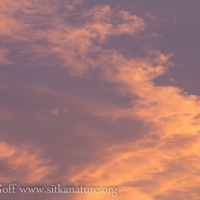 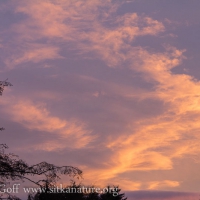 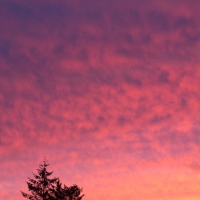