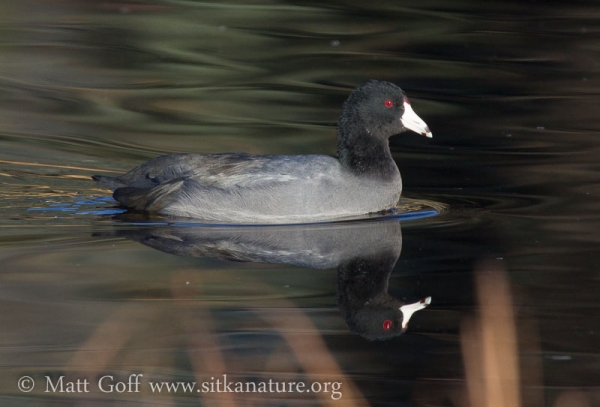 Another sunny day with heavy frost but not overly cold overnight temperatures warming to around 40 during the day. A little before lunch Rowan went to check the mail and mentioned when she got back that she wished she had taken her camera (the mailbox is across the street). She said a different bird had perched in a place she could have gotten a good picture. It was one she was pretty sure she had seen before, but wasn’t sure what it was (she thought maybe a flycatcher). After talking to her a bit more, I suspect a Yellow-rumped Warbler, but wasn’t really sure. She said it had flown across over towards Degroff Street. So she and I walked over that way to see if we could spot it.

We ended up walking all the way to Swan Lake without seeing the mystery bird, though we did see a Red-breasted Sapsucker working on a spruce tree. Swan Lake was about two thirds frozen, so it was a little easier to see what birds were still on the lake. In addition to the usual suspects, a Green-winged Teal, at least one Northern Shoveler, a juvenile (Trumpeter?) Swan, only one American Coot (I saw a couple yesterday). A Savannah Sparrow chipped at us for a while when it was disturbed from foraging on the peninisula.

On the way back we saw a warbler-looking bird fly across in front of us. It was near the end of Degroff Street and it flew over Hoffman’s house before we got a good luck. We followed it around only to have it fly back to the Degroff side. Finally we were able to get some good looks and photos. A Yellow Warbler, Rowan said she was pretty sure this bird was the one she had seen while checking the mail. It sounds like this one will be the second latest date on record for the state – although it appears Marge/Tedin’s notes have a mid-November record that may not be more widely known.

I got a note that the Marbled Godwit is still here.

This evening’s sunset was pretty colorful (based on the facebook pictures I saw), but I only saw it reflected on the snow covered mountains while I was teaching class at UAS.

When we were walking out of UAS after a talk this evening, Rowan pointed out a moth on the door. It’s the first winter moth (aka Bruce spanworm) (Operophtera bruceata) I’ve seen this year, though I also haven’t really been looking. 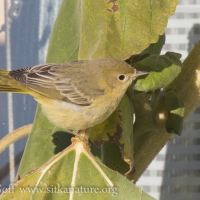 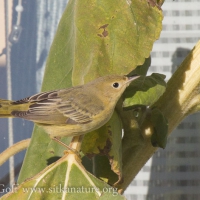 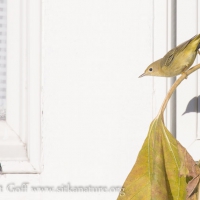 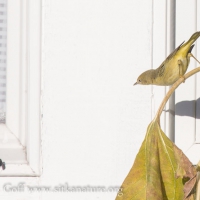 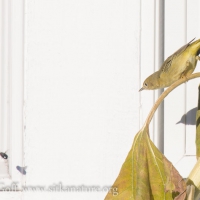 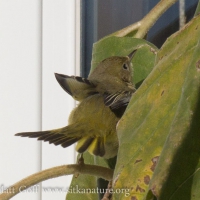 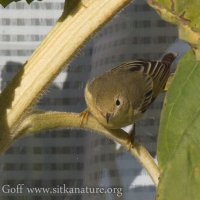 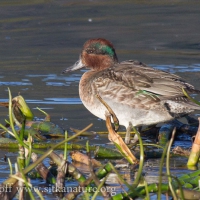 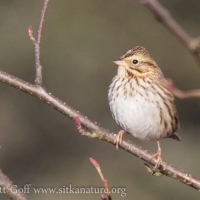 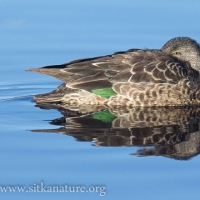 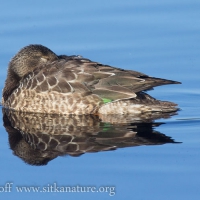 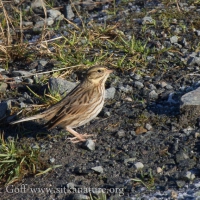 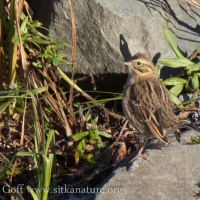 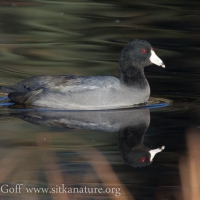 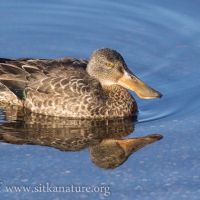