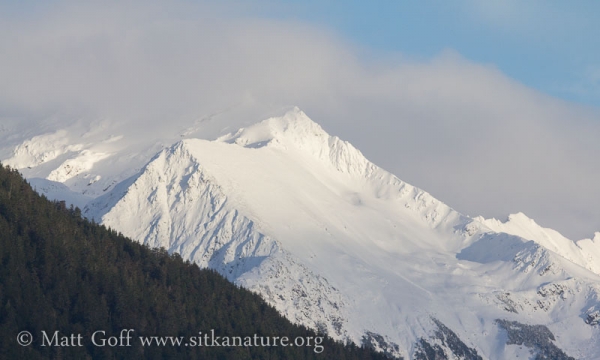 Originally I thought I would have little time to look for the Red Phalaropes today, but it turned out that neither of my afternoon classes would be meeting today, so after lunch Rowan and I headed out to see what we could find. During my morning class I thought I might have seen two phalaropes over by the Thompson Harbor fuel dock, but I could not find them in a brief look after class. Rowan’s and my first stop was at the UAS side of the Channel, where we slowly cruised along the shoreline between the MEHS classroom building and the ramp, but did not see anything.

After a short side trip around Alice Island and Old Airport road we went to Eliason Harbor. We saw a Horned Grebe right near shore as we were looking for a parking space. Then we walked down to check out the near transient float. The smell out where the gulls were roosting was unpleasant, and a looming cloud that had slowly been drifting in from the south started to sprinkle some rain to accompany a chilly wind. We didn’t stay long and were on our way back when I scanned out across the north end of the Channel and noticed a phalarope preening on the far side near the ramp on the north side of the MEHS classroom building.

It was around 2pm when we arrived over at the ramp hoping to get a better view of the phalarope, but it seemed as the bird had finished preening and moved further out, since was now out in the middle of the channel. Hoping it might come closer, Rowan and I waited (more or less patiently) in the car and listened to the radio. As I kept an eye on it, I noticed that it seemed to be slowly moving down the Channel toward the central area. Seeing it had made some progress, I drove us back around to the UAS side, and we parked near the edge down towards the classroom building.

Over the next 45 minutes or so, the bird slowly continued down the channel. While doing so it gradually got closer to shore, and I took a couple of more (still distant) photos. Skies were clear overhead, though the sun was low enough we were in the shade of the hill where SEARHC hospital is. The channel still was in the direct light of the sun, and the clouds were breaking up and moving off the snow covered mountain peaks.

About an hour and a half after we first started watching it, the phalarope was joined by a second one and they both came directly over toward the shore in front of us. I moved the car down to where they were close, and was able to get out and start taking some pictures without them flying off. One swam further away while the other stayed quite close to where I was standing. Phalaropes seem to be in constant motion, and of the 200+ pictures I took most were blurry in some way due in part to its rapid movements.

By this time it was around 3:30, so Rowan I headed to the SJ campus where she would give the new story lab program being done by Islands Institute a try. (She had been excited about it previously, but was pretty nervous going in. Afterwards, she told me she was glad she had done it, and she plans to go back next week.) 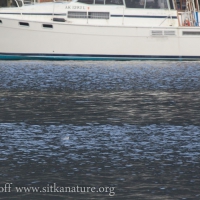 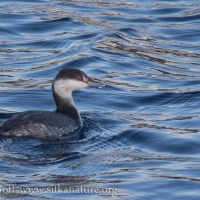 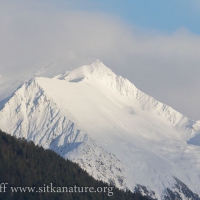 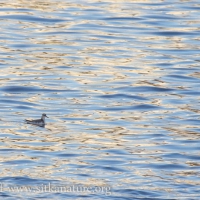 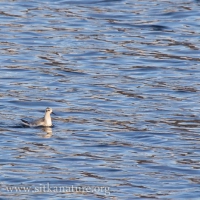 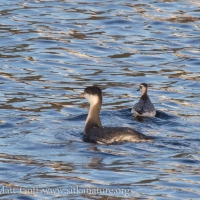 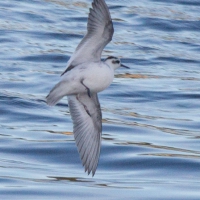 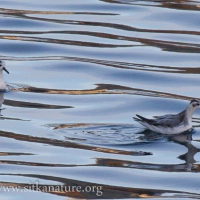 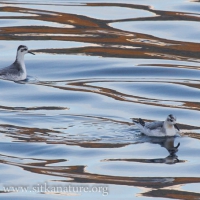 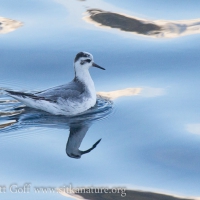 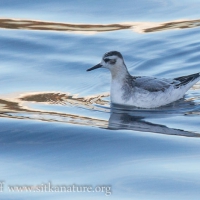 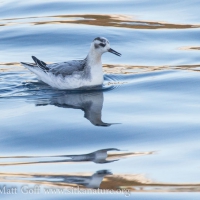 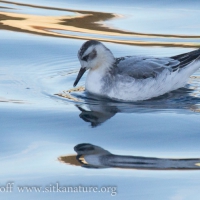 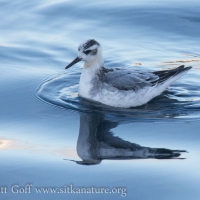 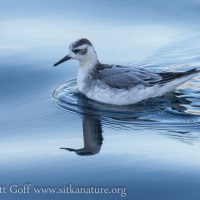 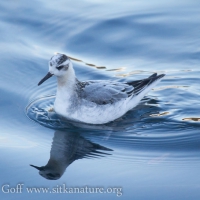 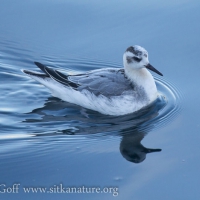 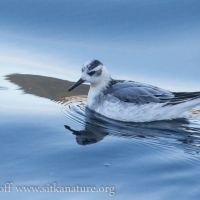 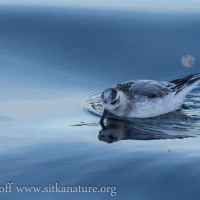 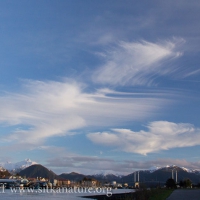 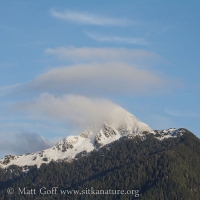