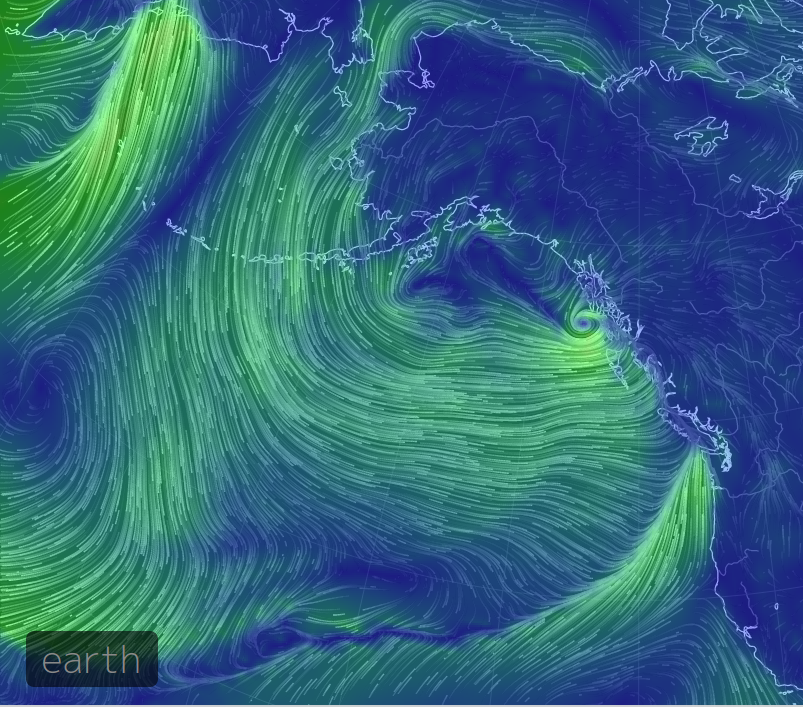 Overnight I woke up multiple times to sound of wind and rain, so eventually things did pick up. I took a look at the wind map for last evening and 6pm and 9pm (local time). It was interesting to see the tightly wrapped winds (presumably around the low) at 6pm south of Baranof Island (see above). Three hours later (see below) that was gone, and my guess was because it had moved over the islands, and topography then funneled the winds in a different way.

This morning’s text forecast had a summary of what happened (and why the winds didn’t show up when forecast for Sitka).

.SHORT TERM…MONDAY NIGHT’S STORM WAS A LITTLE WEAKER THAN EXPECTED, TOOK A MORE EASTWARD TRACK THAN EXPECTED, AND MOVED INTO THE PANHANDLE A LITTLE FASTER THAN EXPECTED. LITTLE VARIATIONS ON ALL THESE PARAMETERS HAD LARGE RAMIFICATIONS FOR THE PREDICTED HIGH WIND EVENT. ALTHOUGH STRONG WINDS WERE RECORDED IN KLAWOCK, KETCHIKAN, ANNETTE, METLAKATLA, AND EVEN PETERSBURG, HIGH WIND GUSTS WERE NOT REALIZED. IN ADDITION, BECAUSE OF THE MORE EASTWARD TRACK OF THE STORM OVER CAPE DECISION, SITKA LARGELY AVOIDED ANY SOUTHEAST WINDS. WITH THE SECOND WRAP FEATURE BEHIND THE STORM, SITKA IS NOW EXPERIENCING STRONG WINDS FROM THE SOUTHWEST…THESE SHOULD PERSIST THROUGH THE EARLY MORNING BEFORE DIMINISHING THROUGH THE DAY. 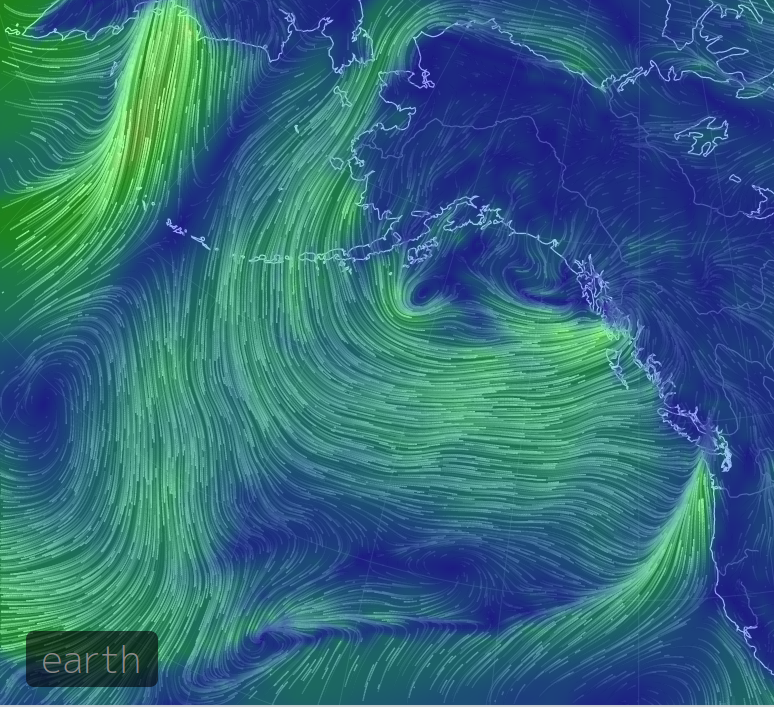