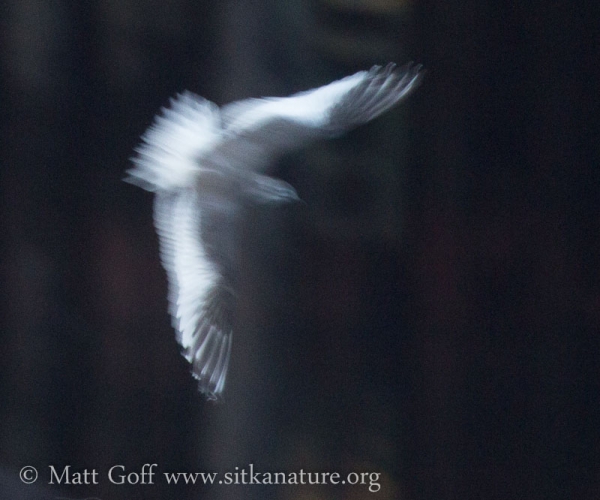 Even totally motion blurred in flight, a juvenile Sabine’s Gull is not hard to recognize

I was looking out the window from class at UAS this afternoon when I saw a very distinctively different looking gull flying out over the Channel. My thought was that it was probably a Sabine’s Gull, so I suggested my two students work on a couple of problems at the board (it was a review day) and excused myself for a few minutes to try and grab a photo. When I got down there, I could not see the gull flying, but as I walked along the edge of the ramp, I noticed two pale shorebirds flying across. I guessed they might be Sanderling (which are unusual here along the road system in migration, and even moreso in winter) and was surprised to see them land on the water. That’s when I realized they were phalaropes. At the time I was not sure, but given the lateness of season thought there was a decent chance they might be Red Phalaropes. Light was fading and they stayed fairly far out, but I was able to get some documentation shots before the gull reappeared and I turned my attention towards trying to get pictures of it.

The gull never really settled down in the few minutes I watched it. Conditions were not great for photos, but I was able to get some documentation shots – one nice thing about an immature Sabine’s Gull is that even with nothing in focus, the bold pattern of the upper wings and back is quite distinctive. I called or texted some other local birders I thought might be interested and then headed back in to finish up my class. 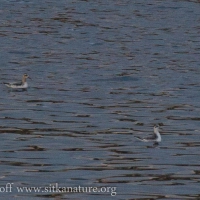 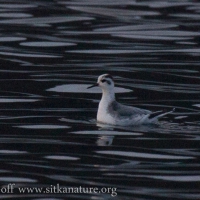 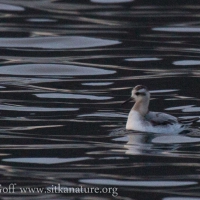 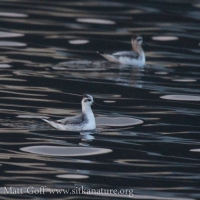 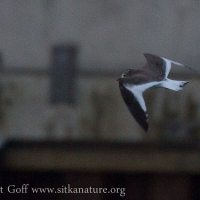 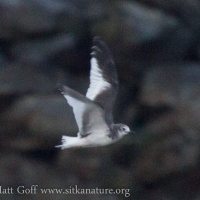 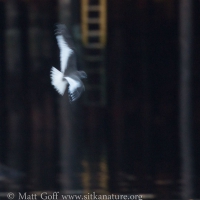 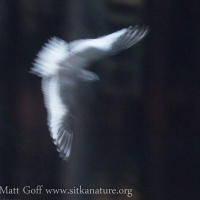 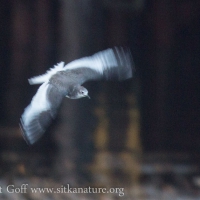 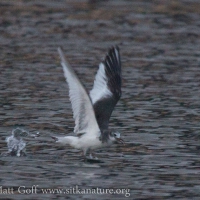 1 thought on “Phalaropes and Gull”