Today’s highlight was seeing a Rusty Blackbird after getting a report that it had been around a local neighborhood yesterday and today. It’s only the third one I’ve seen here (that I can recall), and the first since November 2008.

There are still lots of Ring-necked Ducks on Swan Lake, but I didn’t see the Canvasback in a couple of brief looks. I did see a warbler that looked different to me. I just got a brief look and no photo, but it seemed a bit more yellow than Orange-crowned Warblers, darker than Wilson’s or Yellow Warblers, and it had a brighter line through or possibly above its eye without a white eye ring. Looking through the book, a Tennessee Warbler seemed plausible but I don’t really know. Along Degroff street I heard the croaking of an Anna’s Hummingbird and was able to see it silhouetted against the bright clouds up in a tree.

This morning Rowan and I took a look around Alice Island and near the airport. A snipe or two, plus a handful of sparrows were the bulk of what we observed. It seemed like the flush of song birds earlier in the week (that I had received a couple of different reports about) had mostly moved on.

Since I’ve not been keeping up with blogging lately, I should probably mention a couple of others things that I might not remember to say if/when I back date photojournal posts for some of the days I’ve missed.

It seems like the weather lately has been mostly better than forecast (today was no exception, with mostly sunny skies through much of the afternoon). Or perhaps it’s raining in the forecast area as much as expected, but for some reason town itself has seen less of it. In part it seems like the heaviest of the rain has remained further south. I did hear they are calling for snow somewhere in the KCAW listening area, but I didn’t catch where. It’s gotten cooler here a bit (highs around 50 or below), but not down to snow temperatures.

Within the past few days (maybe Sunday afternoon), I looked outside while it was raining and thought I was seeing snow mixed in. When the temperature is near freezing occasional flakes will drift down among the faster falling drops. In this case I did not think it was anywhere near cold enough, but sometimes strange things happen. After taking a closer look, I realized what I was seeing were the seeds of spruce cones spinning down with their single wing. I wondered if maybe a flock of Pine Siskins, which seem to have returned in significant numbers, may have been feeding in the trees outside my house and knocked some loose without eating them. 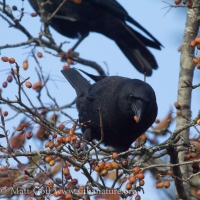 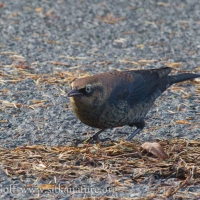 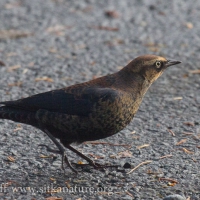 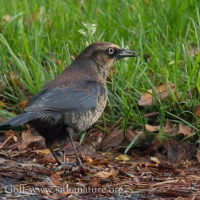 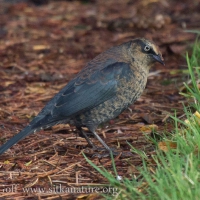 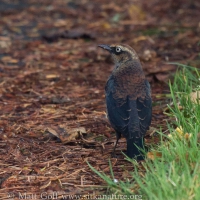 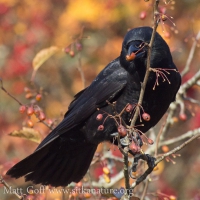 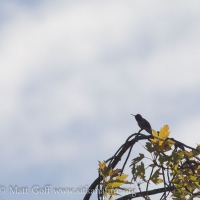 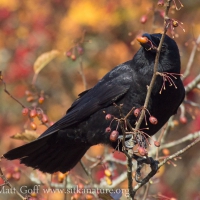 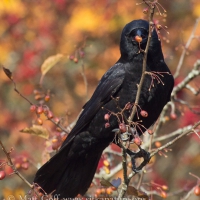 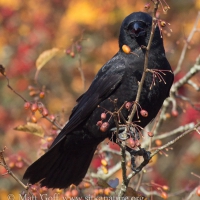 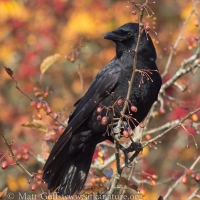