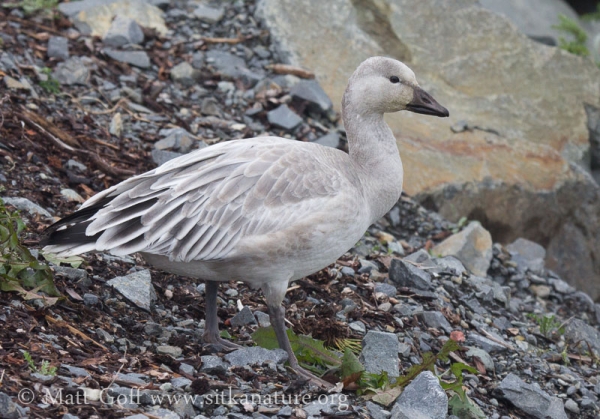 With my parents in town for a short visit and Alaska Day festivities (namely, the parade), it was a pretty full day. My dad wanted to check out a patch of cranberries he had noted this summer along Beaver Lake trail. The only time really had for that was this morning before the parade, so Connor, my dad, and I drove out to the Herring Cove trailhead and hiked up to the patch. It was a pretty productive spot, with the three of us getting over a quart in a little over an hour. (Okay, it was my dad who picked over half of them.)

I noticed several good-sized flocks of Pine Siskins flying around, also some Red Crossbills. A young pine tree on the trail was showing signs of recent buck activity – I guess it’s getting to be that time.

While I was up there I got a message about a possible Ross’s Goose down at Crescent Harbor. Of course when I mentioned this to Connor, he got pretty antsy to get going, but we stayed until the patch of berries had been pretty well picked. Reception was worse than spotty up there, so it wasn’t until we were back in to town that I saw followup messages about the goose and the fact that it was a Snow Goose, rather than Ross’s. We went down to the harbor to look at it – it seemed quite tame (as some of the pictures might attest), and smaller than I remember the other Snow Goose I’ve seen on the ground. However, the bill was not small like a Ross’s Goose would be. I’m not sure why this juvenile ended up at the harbor, but it seemed fairly content to rest and eat dandelion greens.

After the parade Rowan and I did a little looking for birds on our way to a family meal at McDonalds. We didn’t find anything unusual bird-wise, but I was interested to see Stereocaulon (a kind of lichen) growing along the rocks between the road and the lake. It’s not an unusual thing in general, but I’ve not seen much (if any) along the road system except up at the top of Harbor Mountain Road.

After late lunch at McDonalds, my dad and I walked back. As we were passing the gas station on Katlian Street, I noticed a small flock of birds land in the gravel lot in front of us. It took a few minutes, but I finally found them and saw they were Lapland Longspurs, the first I’ve seen this year. It was interesting to keep an eye on the foreboding clouds moving toward town from the south. We almost made it home before the rain started, but not quite. 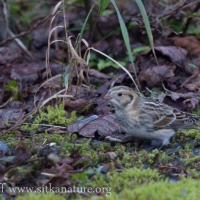 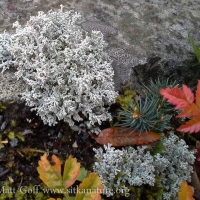 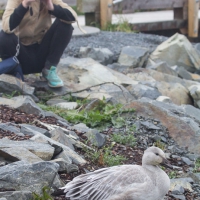 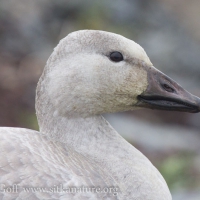 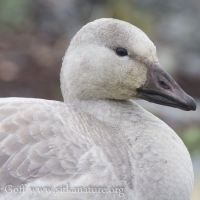 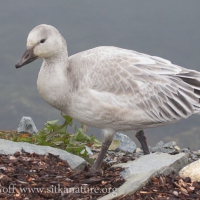 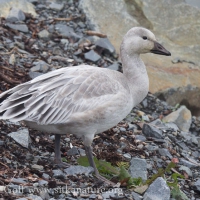 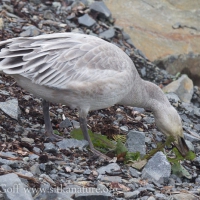 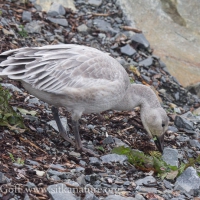 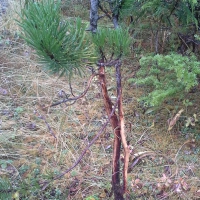