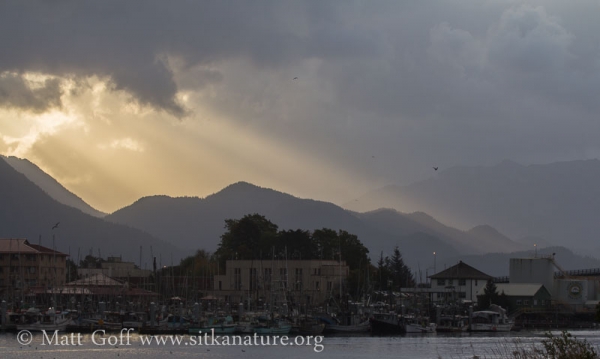 As the days are getting shorter, I’m finding the sun lower in the sky each week on my way to class. This morning clouds dominated, but there were a few breaks, including one that allowed filtered sunlight through back over by Cross Mountain. The rays shining through the clouds and mist made for a very nice view. It would have been nice to have had time to find a better location to appreciate and photograph the scene instead of just grabbing a couple of shots before getting in to class. Of course had I not had class to get to, it’s quite likely I would have missed it entirely, as I would not have been out and around.

Temperatures were noticeably cooler today, and this afternoon as the clouds broke up a little, I saw the lightest dusting of snow on the higher peaks (over 4000 feet, mostly). It’s supposed to be clear tomorrow, so perhaps it will be easier to see the snow level. 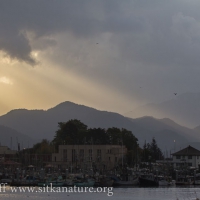 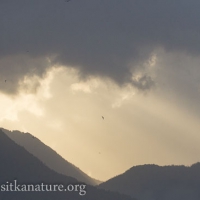 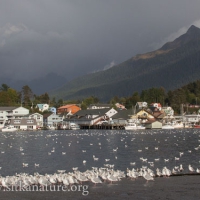