The forecast for tomorrow called for additional rain, possibly heavy, so I suggested to a friend who wanted to visit the Starrigavan slide area that we go this evening when it was still relatively dry. This time of year evenings are getting short, so we did not have a lot of daylight hours, but having already worked out the route last time, it was a much more direct trip up. Things still looked more or less the same has they had last Wednesday, but on this trip I took a little more time looking at the narrowest point through which the debris flowed, the exposed layers of ash and gravel, and some of the stumps. I’ll probably write more in depth posts about some of the observations and my thoughts later, but in brief it was interesting to see how narrow the gap was immediately below the slide zone, I did see evidence that the stumps were not buried before the debris flow, and it was certainly clear they were not very rotten.

One other thing of interest was a Great Blue Heron up in the creek where it was running through the washout zone. It spooked upon our approach, but just flew up stream a little ways and landed again. I’m not sure if it thought it might be able to find some food in the stream, or not. My view of it was not great, but it did seem like it was probably a young bird. 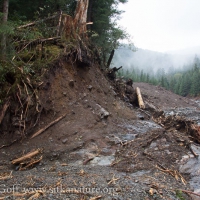 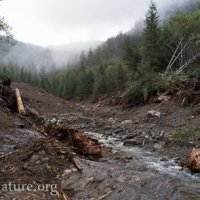 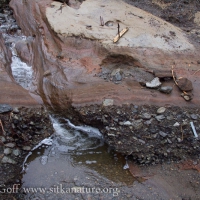 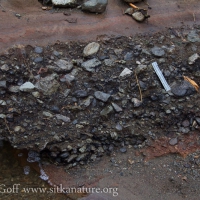 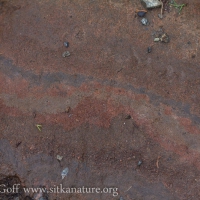 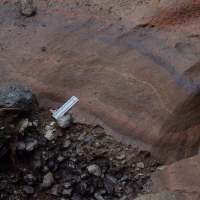 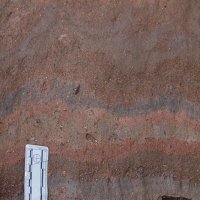 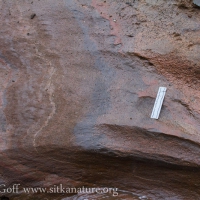 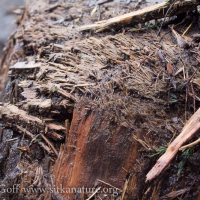 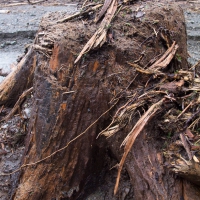 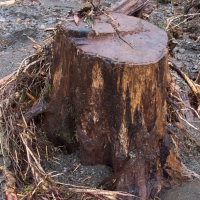 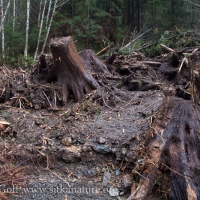 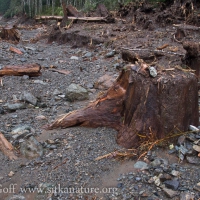