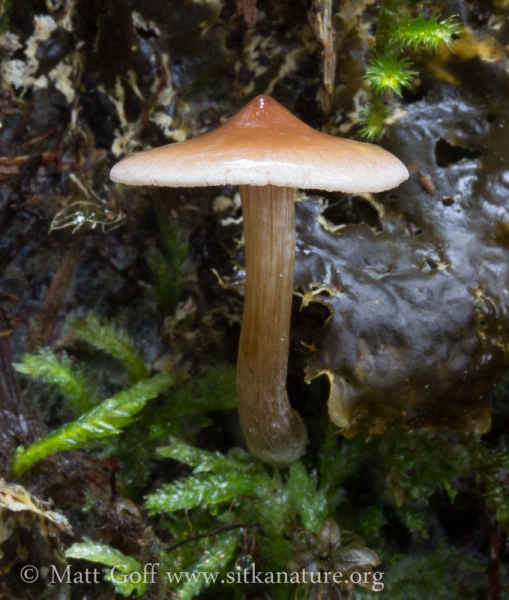 This morning the kids and I joined a mushroom outing at Mosquito Cove trail led by last night’s seminar series speaker Kate Mohatt (who is one of the organizers of some forest/fungus fairs in Southcentral Alaska). It was interesting to see the diversity of species brought in by the various participants when they were all laid out on the table at the end. In hindsight, it might have been nice to get a picture of the collections laid out on the tables, but unfortunately I didn’t think of that at the time. Rowan tagged along with Kate walking along the trail and pointing out mushrooms for her. Connor went off on his own exploring the woods off the trail, coming back with a small pile of his own collections. Both said they enjoyed the outing – I think it was nice for them to have some independent interaction with other people interested in being out.

Rowan was excited to get a large artist’s conk (Ganoderma applanatum) collected by one of the participants (thanks Blain!). She spent a good chunk of her afternoon illustrating it (and it’s now drying – which will take some time).

The blue-gray mushroom was collected off of lower Gavan Trail. 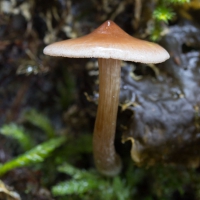 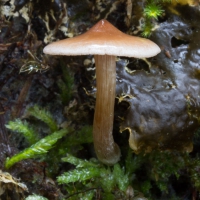 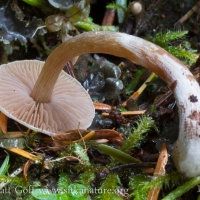 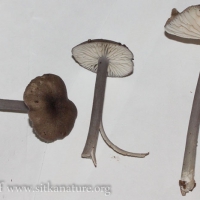