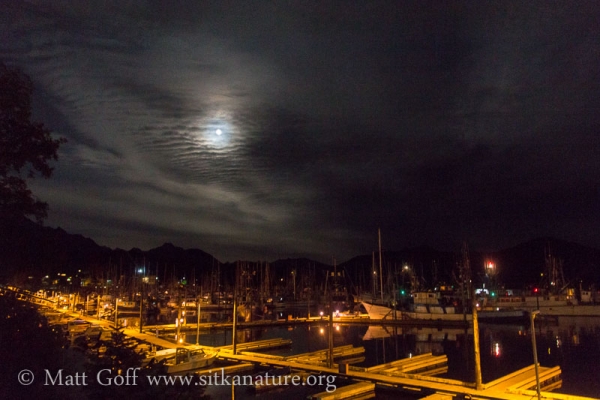 It was a pretty full day between getting my brother off to the airport, various classes, and an extra webinar that I participated on. What time I spent outside was mostly going to or from various places. However, while walking home later this evening, I was struck by the full moon shining through a layer of clouds and grabbed some photos (using a nearby bench as support for the relatively long exposures). I’m not yet familiar enough with the cloud forms to say what these are called, though I think I recognize the pattern. 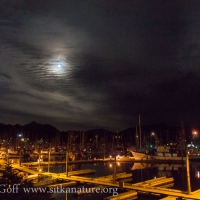 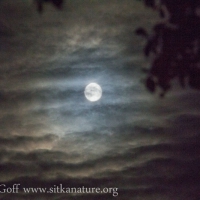 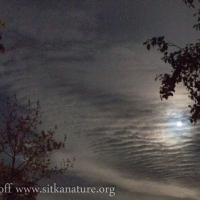