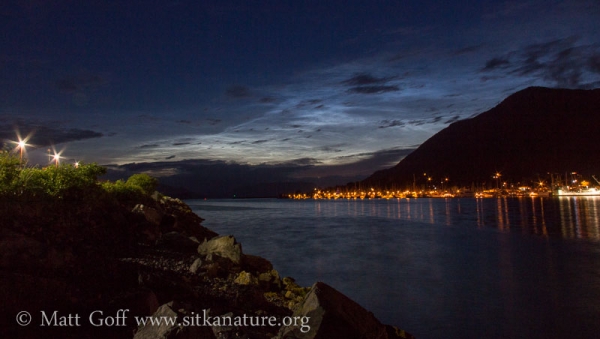 I saw on SpaceWeather.com (a site I check daily) that this year’s northern hemisphere noctilucent cloud season is over. There was a somewhat hard to follow, but still interesting, animation of this season’s noctilucent clouds from a satellite view. Centered over the north pole, the extent of the cloud imagery (though not the underlying map) is cutoff a bit in the direction of Sitka on 15-16 July, the night I took these photos.

Although well within the range of latitudes where noctilucent clouds can be seen, this is only the second time I’ve seen them. The clouds are not always present and that, combined with the late setting (and early rising sun) making the possible viewing time later (or earlier) than I tend to be out as well as our frequent cloud cover, makes it a bit more difficult to catch them. (I did notice someone had posted pictures on Facebook earlier this summer after spending some late evening time up on Harbor Mountain and there were noctilucent clouds in the sky then. The time I went up, clouds conspired to keep the skies concealed.)

If you’re interested in knowing more about them, wikipedia has an interesting article on noctilucent clouds. 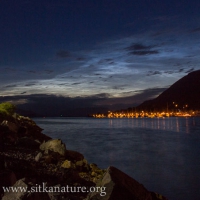 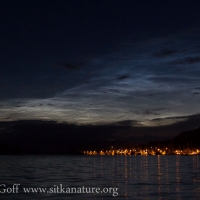 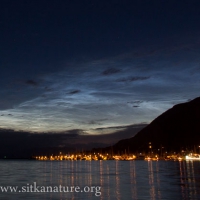 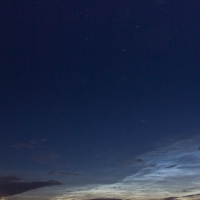 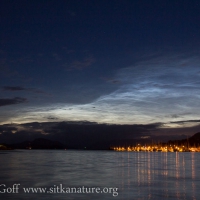