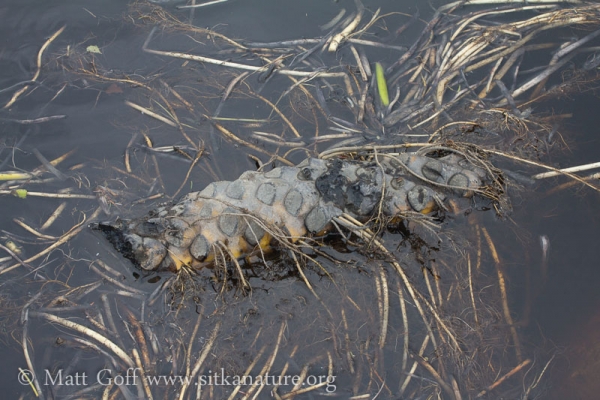 This summer an apparently long-awaited dredging of Swan Lake occurred. I had originally thought they would go all around the lake, but in the end it seems they only went from a little to the uplake side of the peninsula down to the outflow. I didn’t really pay much attention to the process beyond noticing the excavators on floating platforms. However, it was hard to miss some of the the pond-lily rhizomes floating at the surface. (My understanding is a significant target of the dredging process was knocking back the yellow pond-lily (Nuphar polysepala) by pulling out the rhizomes.) I had been wanting to go take pictures of one, but never quite got around to it and felt like there was plenty of time.

This past week the equipment was gone and I thought I might have missed my chance. Fortunately, there was a nice example floating right by the peninsula. It was a little more of a struggle than I expected to pull it out (it was heavy), but I managed to do so and took some additional pictures on the ground. It’s a little difficult to get a sense of scale just from the rhizome and background, so I included a regular ball point pen in one of the photos. (It’s kind of funny that, as Rowan said when I showed her the pictures, “the pen looks really small.”) 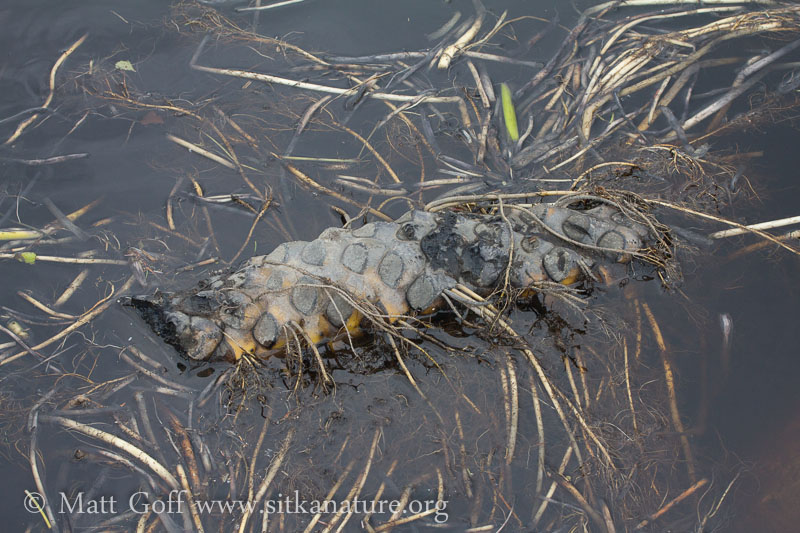 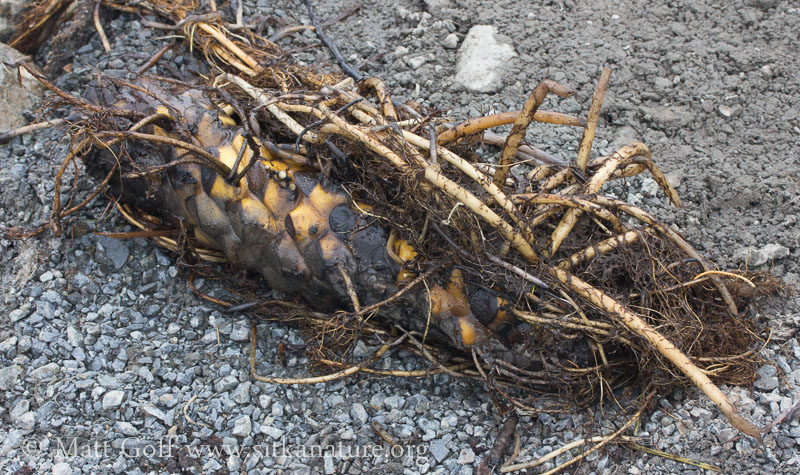 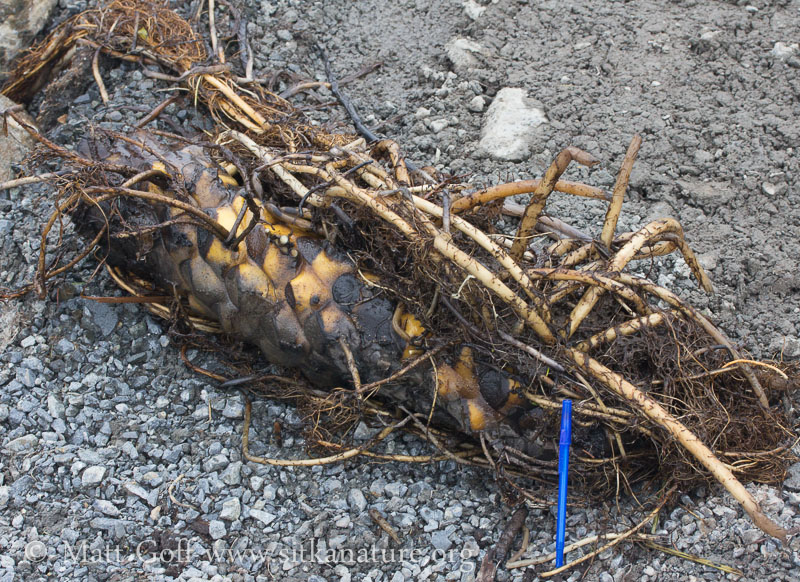