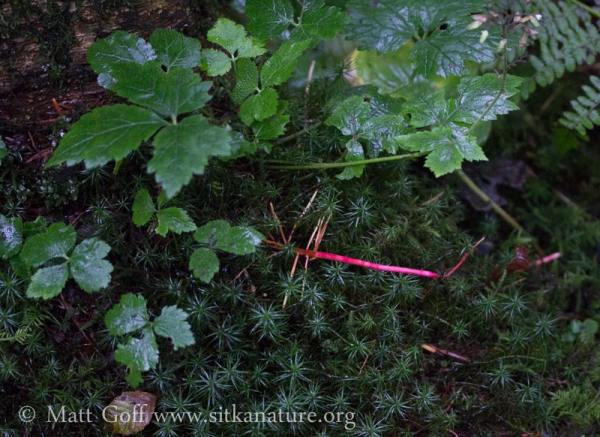 While walking through Totem Park recently, I noticed something red that seemed to be growing on or at the base of red alders (Alnus rubra) near the estuary. In places, it was unclear whether they were coming out of the ground, but I did find a couple where it was clear that they were growing out of the alder tree itself. There was some branching, but many were unbranched, and the surface was very smooth to the point of being slippery (though I don’t think it was slimy).

As best I could tell, they are roots, though I don’t know why they would be sending roots out into the air (and why they would be so red). At this point my best guess is the moss growing on the tree trunk blocks enough light and holds enough moisture that the tree responds as if it were buried at that point, and so sends out roots. It doesn’t take long for the roots to get outside the moss covering, so I’m not sure why they would keep growing, but I think they do die off over the winter. 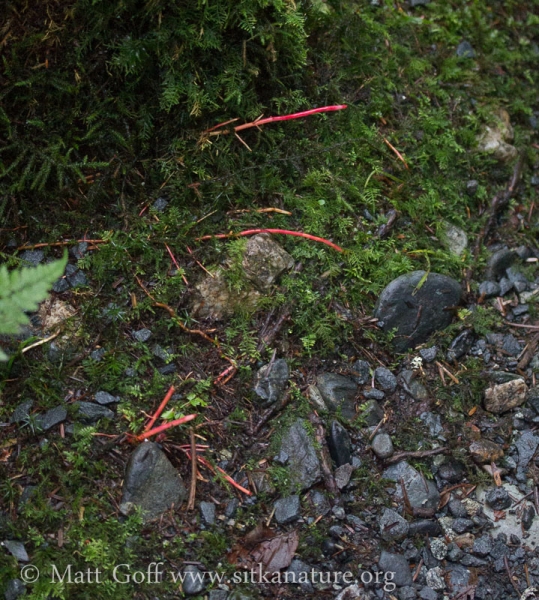 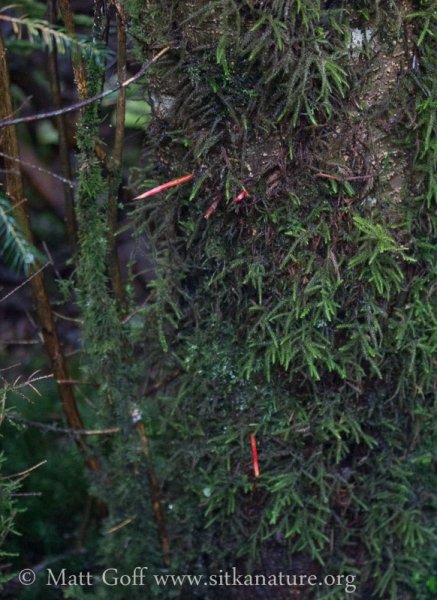