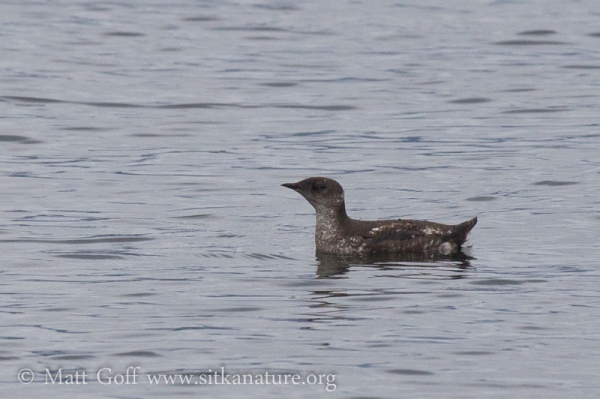 During the July low tide series, the kids and I visited the south beach area of Halibut Point Rec. Shortly after we arrived, Connor noticed Marbled Murrelets on the water not far off the north point of Magic Island and went over there to try and get some photos. After looking around a bit on the beach, I wandered over to Magic Island to take a look and was a little surprised to find some folks fishing where there was a pretty steep drop off. They were basically jigging for rock fish, not casting out very far at all.

While I looked around in tidepools, I noticed there seemed to be a steady stream of murrelets diving and coming up along the northern outer half of the island. They were routinely within 10-20 feet of shore, though they did tend to seem a little wary about us, and would fly off if we were moving around too much close to where they surfaced. At some point during my time there, I heard some excitement from the fishermen (plus Connor and Rowan who were nearby and keeping an eye on the action). It turned out they had caught a murrelet (I think it must have chased the lure, but I’m not sure). Fortunately they were able to unhook it and seemed basically unharmed as it swam away.

Since I don’t make it out to Magic Island too often (especially in the summer), I didn’t really consider that Marbled Murrelets so close to shore might be unusual, and they may not be. However, in the past few days a couple of people of commented on Marbled Murrelets and made me wonder. One sent me an e-mail saying that he feels like there are more Marbled Murrelets around Sitka Sound this year, and the second was a comment on the greening of Silver Bay that included mention of seeing murrelets close to shore and it seeming unusual for this time of year. 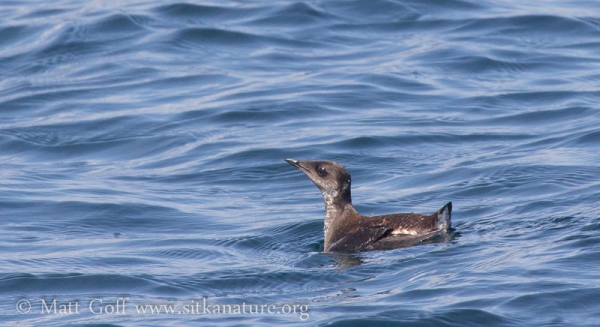 Marbled Murrelet out on Sitka Sound in late May