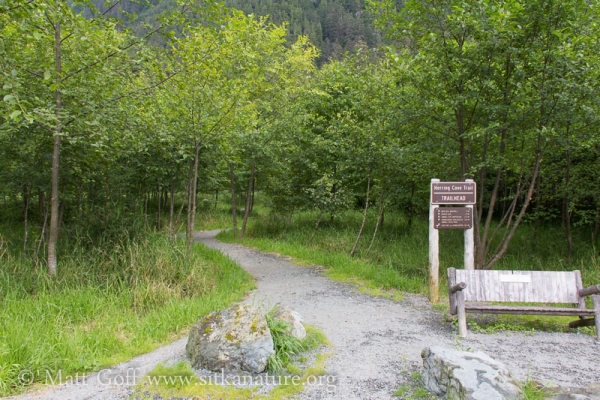 I had heard a report of a hen goldeneye with young on Beaver Lake almost two weeks ago, and with my parents’ visit it had slipped my mind. I still wanted to go up there and look, and since it was my parents’ last full day in town and the rain was holding off, it seemed like a good opportunity to head up there.

I was a little delayed starting up, so everyone got ahead of me. By keeping a decent (lung bursting) pace up the hill, I was able to catch up with my dad and Connor just as the trail comes off the steep section. I never did see Rowan until we all got to where she was waiting for us at the Bear Mountain waterfall viewing bench (which also was the spot, after sitting for a couple of minutes, that my breathing finally normalized – I could stand to be in a little better condition). My dad and Connor continued on, while Rowan and I sat for a few minutes.

Rowan lead me along the trail, and as we were nearing the high point, I noticed something scurry across the trail a few yards in front of her. I asked if she saw it, and she had, but originally had thought was some sort of insect. It was quite fast and small, visible only for a moment or two before disappearing under rotting wood on the uphill side of the trail. We poked around briefly but could not see where it had gone. Given the size, I’m suspecting it was a shrew.

When we finally caught up with Connor and his grandpa at the lake, the elder was just coming down from a tree where he had climbed to get Connor’s fly unstuck. There were fish rising not far off shore, but trees growing along the steep slope between the trail and the lake shore made the back cast a little precarious. Connor had a fish rise to his fly while I was watching, but didn’t hook it. He offered to let my dad try a couple of casts but he got caught up in a different tree (this time it didn’t require climbing the tree to get it loose). Connor moved around to a little platform with much less fly eating vegetation behind. Rowan opted to stay and watch Connor fish while my dad and I continued around the south side of the lake toward the outflow creek.

Before my dad and I separated (he to go look for berries, me to continue around the loop), we ran into the only other hikers we would see for the day. One of them was the person who reported the young ducks (I had heard about it from her mother), so I asked about it. She said it had been about 3 weeks earlier, and they were still downy young at the time. It was a female goldeneye (almost certainly Barrow’s Goldeneye, I think). It seemed unlikely that downy young would have matured to the point of flight, but I did not ultimately see any on my hike (I even took a quick look on the smaller upper lake).

Heading up and around the loop, I was a little surprised at how many caterpillars I saw on the Triantha spp that were developing seeds. I collected several and hope that perhaps I’ll be able to find out what they turn in to.

We all met up at the junction between the loop trail and Herring Cove trail and headed down (mostly) together. Once we hit the downhill section, Rowan started speeding ahead and my dad worked on keeping up with her. Connor was going a bit slower, so he and I trailed a little behind. 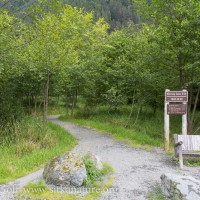 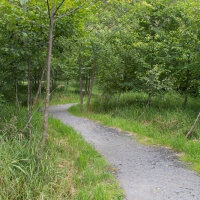 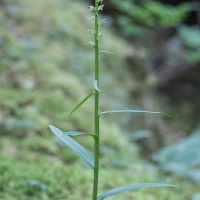 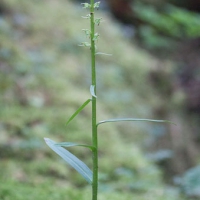 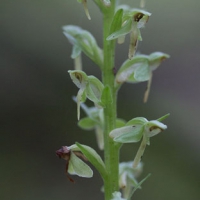 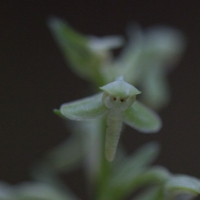 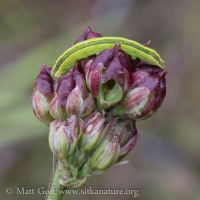 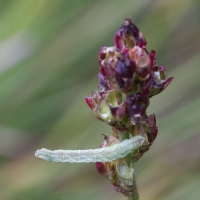 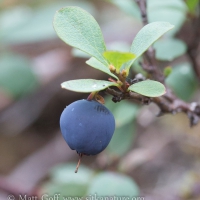 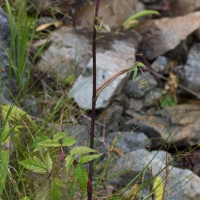