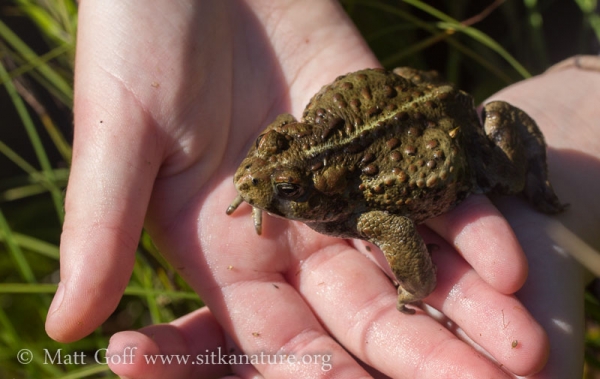 Connor has been wanting to get over to Heart Lake to go fishing for trout with his grandpa. The first time they tried (without me), they all turned back after seeing a sign indicating a sow with a cub had charged someone on the trail a day or two earlier. Today we all headed out there, with Connor and my dad planning to fish at Heart Lake with me, Rowan, and my mom hanging out around Thimbleberry Lake.

I wouldn’t have minded going up to look around at Heart Lake, but neither Rowan nor my mom wanted to go that far. Instead, we spent our time where Rowan and Connor had found toads last year while we were on a huckleberry picking trip. Rowan wanted to look for toads again, there was a nearby bench for my mom to sit on, and I was content to just hang out and see what might catch my interest. In the end, Rowan did catch three toads (and saw a fourth), mostly in the same area they were last year. My mom relaxed on the bench in the sun, and I split my time between relaxing, picking berries, and catching insects.

There are a couple of short paths from the bench down to the lake’s edge, with a scattering of logs extending out into the water from shore or laying in the shallows. A lone snag still standing 30 yards out provided evidence that the lake level had risen sometime in the past, though given the level of decay, it was clearly not a recent event. I found a spot to sit on a pair of logs extending out into the water. Situated at the water’s edge among the thigh-high sedges growing abundantly there. With my long-handled insect net, I sat and relaxed in the hot (Southeast Alaska style) sun moderated by a sea breeze moving up the lake.

Several dragonflies, mostly paddle-tailed darners, were patrolling a corridor including the sedge marsh out over the log-strewn shallows. Occasionally I would see them interact in ways that appeared more competitive than amorous. At times I thought there might be additional species of dragonflies, but I at least some of the time that was due the difficulty I had judging the size of them when they were further out over the water. My chosen spot was included in the rounds of at least a couple of the dragonflies, and as one came over and hovered within reach of my net, I was able to quickly swipe up and over to capture it.

Despite the shimmery look of their wings, once fully emerged and hardened, dragonflies are pretty tough. I previously had learned you can hold their wings together between a couple of fingers, allowing for better viewing of the sides (useful for identifying some darners) and avoiding the chance of getting chewed on by their capable jaws. While holding the dragonfly this way, you can feel its muscles vibrating the wings as it tries to get free. Not wanting to detain it for long, I took a couple of pictures with my cell phone (which I’ll probably get uploaded here at some point) before setting it down. Perhaps a bit traumatized, it took a moment or two resting before taking flight to resume its patrols.

The second part of my time there was spent picking huckleberries. Though they were not as abundant as I found last year, I was able to pick a couple of quarts, with plenty of berries left on the bushes (though I did tend to high grade the bigger berries as well as those that were on easier to pick bushes). It did occur to me that I should have brought hand trimmers and done a little pruning to help maintain/enhance the patch. Since it’s in a powerline corridor it will be subject to major cut backs when trees start to get bigger, so I don’t imagine it would be a problem to do a little minor pruning.

While picking, I realized I had been smelling Sitka alder (Alnus viride) warmed by the sun. I think there may have been at least one other scent mixed in, but I couldn’t place it. I also saw what I think was probably a vole crawling around below me. It was dark and furry, but seemed a bit too rotund for a deer mouse. 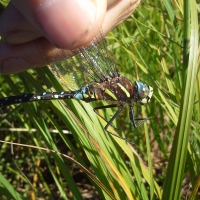 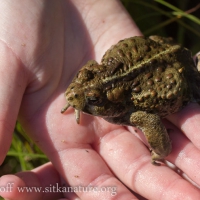 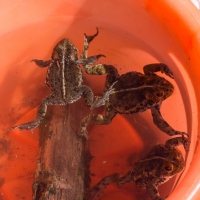 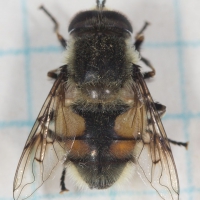 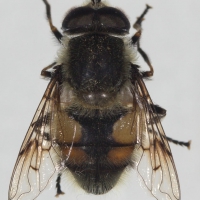 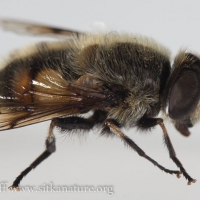 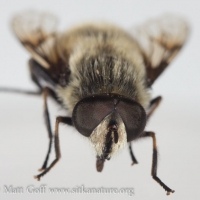 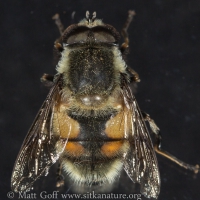 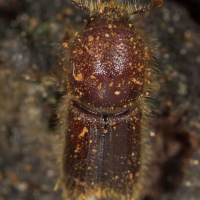 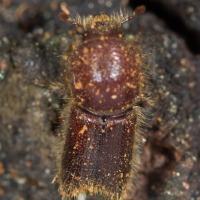 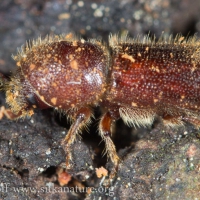 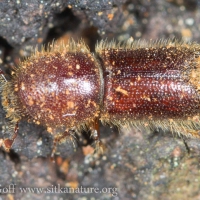