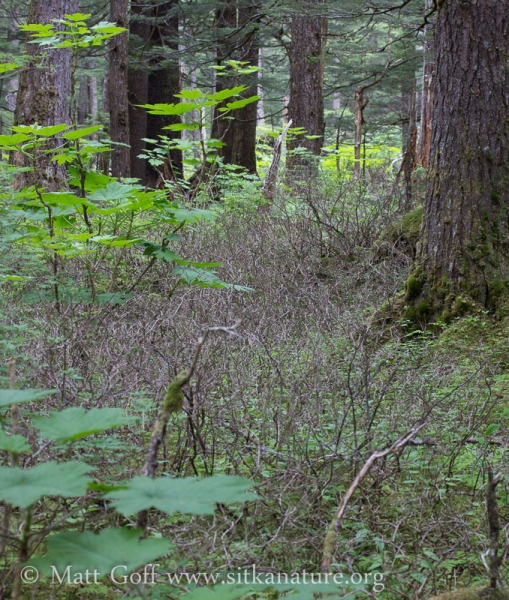 Earlier this summer I had a chance to visit Blue Lake Creek valley and was interested to find an fairly extensive patch of blueberries (probably Vaccinium ovalifolium) that appeared to be pretty much dead. I did break a stem on one and found it to be a little bit green, but as there was no evidence of new growth (despite being into early summer), so I wasn’t quite sure what to make of that. There were a few blueberry bushes in the area that seemed alive, and plenty of other species that looked fine. The patch was also well protected under a canopy of large conifers. These facts made it harder come up with a plausible weather/cold event that might have killed them back. Perhaps it was warm enough there in January that they broke dormancy and subsequently had trouble with the cold and dry weather of February and March. Blueberries don’t seem to have much trouble tolerating browsing, but these didn’t seem to have been subject to especially heavy browse.