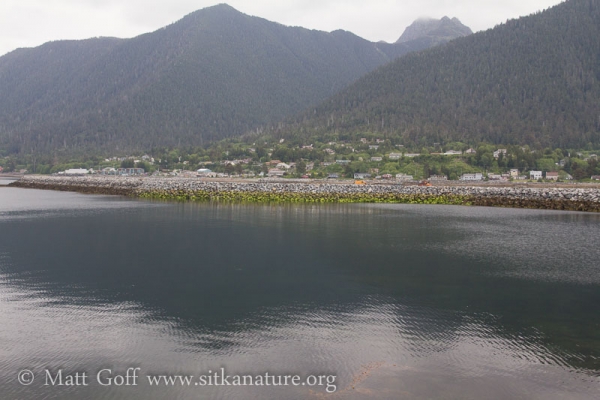 While at John Brown’s Beach during a recent low tide series, I noticed a distinct contrast between the new addition to the breakwater and that which had been there a while. I guess I am not surprised that there are differences, but it was interesting to see just how easy it was to see them.