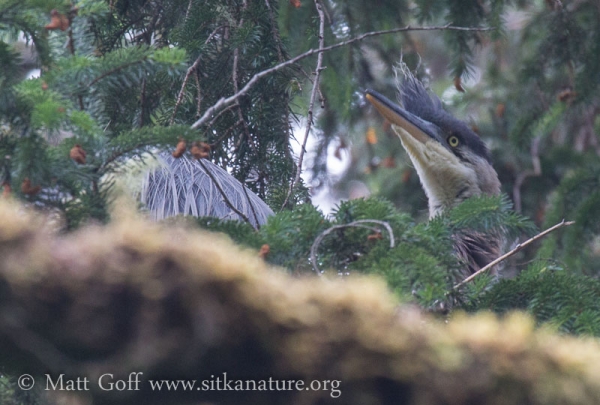 There have been herons reported nesting out at Starrigavan several times over the years. This year there is a nest in the forest bounded by the estuary, the road, and the viewing platform parking lot. It’s a little hard to get good looks at the birds (and they probably won’t be there for much longer, as the young bird is looking quite mature), but it is possible to see them from near the gate and as well as from the small hill with the sign on it along the road. Listen for the croaking coming from the trees to help figure out which direction to look. 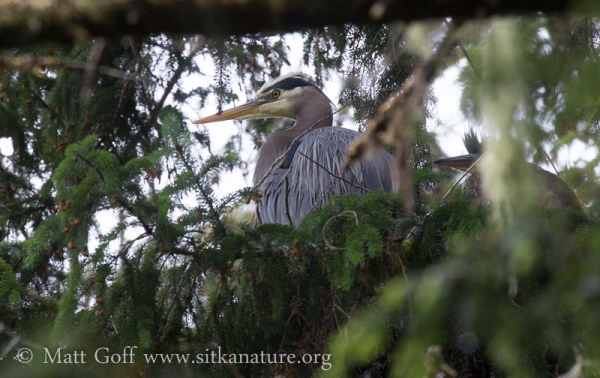