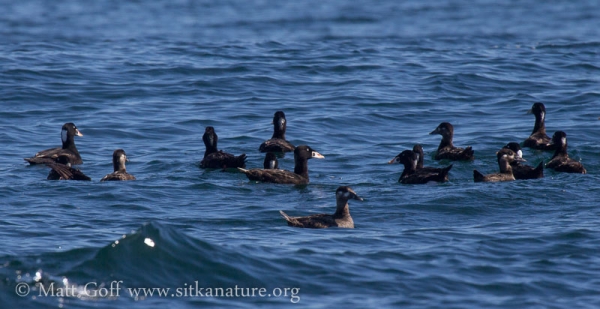 Surf Scoters are a common wintering bird on the near shore waters around Sitka, but most of them head north (or maybe east?) to nest on freshwater lakes. However, young birds (those that hatched the prior summer) are not ready to breed and opt not to undertake that journey. Instead they seem to move a little further out to shores that are more exposed to the open ocean than where they tend to winter.