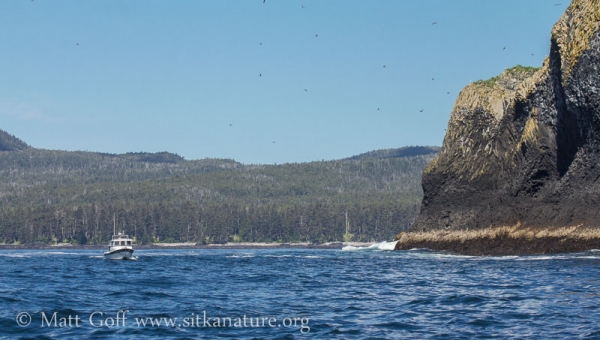 This morning started very early – as the only day forecast to be nice weather this week, it seemed like the best bet for getting the breeding bird survey done. The survey consists of 50 stops, each .5 miles apart. At each stop I was supposed to observe (listen/look) for 3 minutes and record all the birds. It’s a little difficult to get that many stops on the road system without doing some side trips, and last year the packet didn’t include most of the stop location descriptions, so it was a lot of guesswork (that turned out to be wrong). This year a full set of location descriptions was included, and I had been able to get out and verify the locations on Saturday, so that made things much smoother today. The expected start time is 3:30am, and since the route starts at Medvejie Hatchery, that required a departure time of 2:45am. It’s so early that it might be better considered late.

The route went well, with nothing other than expected species being observed. Highlights included getting into the sun when it was finally high enough (and the observation locations weren’t in the shade) as well as seeing a thrush (I think Swainson’s Thrush) nest.

Right after completing the survey, it was off to Crescent Harbor to hop on the Quiet Mon and go on a trip to St. Lazaria. One of the visiting birders who chartered the trip was trained as a marine ecologist, so it was interesting to talk to him a little about his experiences. In the middle of the trip I hopped boats to spend a little time on another wildlife charter before getting back on the Quiet Mon. The visitors on that boat included a couple of retired entomologists.

At St. Lazaria, the cave had a few murres in the back, but not too many. There were rafts of murres out on the water, but I opted not to study them with binoculars to look for Thick-billed Murres. I did take some pictures of the flocks and saw at least one Thick-billed in most of them.

One other thing of note was the nearly complete absence of Ancient Murrelets this trip. They were numerous a couple of weeks in the vicinity of Low Island and Shoals Point, and I heard that they had been there regularly since then as well. However, we did not get any good looks at one today, though I thought I might have seen one flying. It makes me wonder if their chicks have hatched and they have moved elsewhere to raise them.

I spent much of the afternoon sleeping. 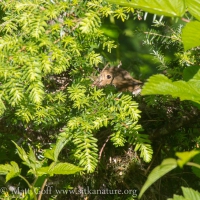 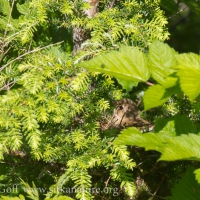 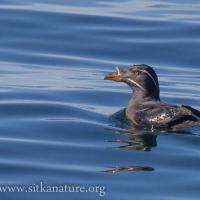 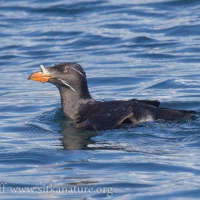 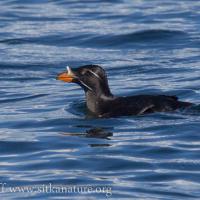 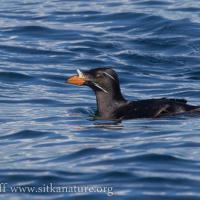 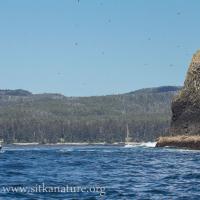 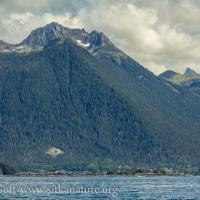 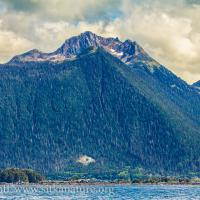 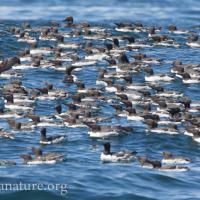 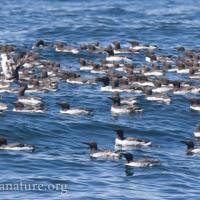 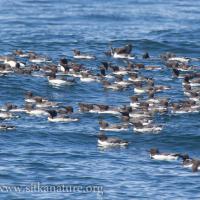 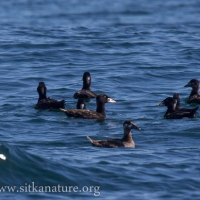 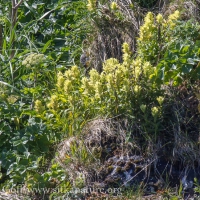