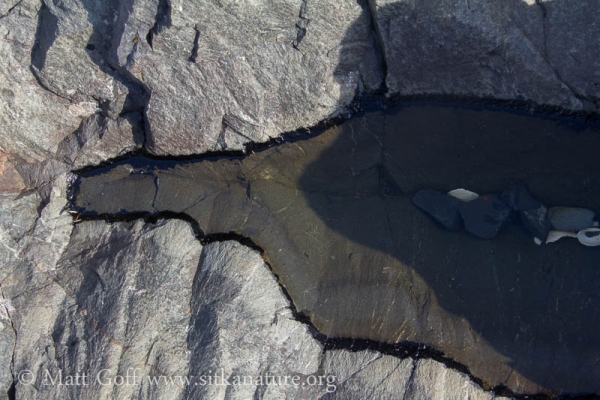 Sometimes the black line of black band lichen (Verrucaria maura) is described as a bathtub ring when rocky shores are viewed from a distance. A trip to John Brown’s Beach this past spring was the first time I had noticed such a narrow distinct band around the edge of a pool in the rocks. The pool was high enough that it probably often is not reached at high tide. This suggests that the water is probably fairly fresh (during rainy times) and the water level drops somewhat often (during dry times). However, the pool could not get much deeper than seen here, as there was a spillover spot at the other end.