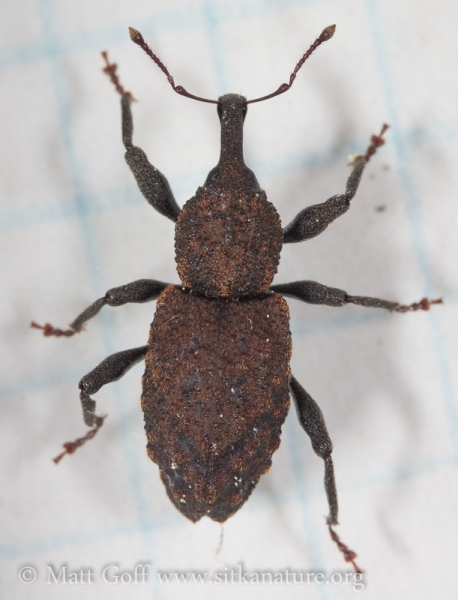 I noticed this little critter making its way through some gravel adjacent to a forested area. I’m not sure where it was going, but I recognized it was a snout beetle of some sort. Some photos posted on bugguide got me the name: conifer seedling weevil (Steremnius carinatus). It’s apparently pretty common on Prince of Wales Island, as there were 700+ collections of this species in the UAF museum database along with a couple from Sitka among other locations along the southern coastal areas over as far west as the Kenai Peninsula and Kodiak Island.

According to the abstract of a 1968 paper on the biology of Steremnius carinatus, this species can live as adults for multiple years, and tend to be a pest on the seedlings of very young conifers in coastal BC. 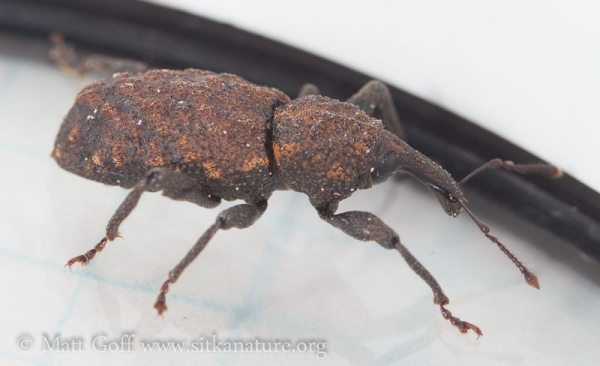