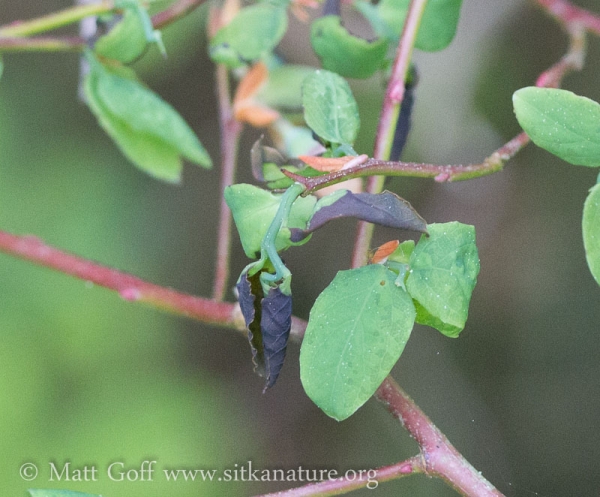 On a recent walk to the park, I noticed several blueberry bushes that had dead flowers and dying leaves at the end of the new growth. At first I thought they were related, but then I realized the flowers were just in the process of drying up and falling off post-pollination. The wilting leaves on the new growth is apparently a relatively common occurrence around Sitka, but one explanation I’ve heard is that it’s caused by a fungus. As far as I know, it doesn’t kill the plants. I don’t know if it reduces the berry production.

Questions I now realize I don’t know the answer to: