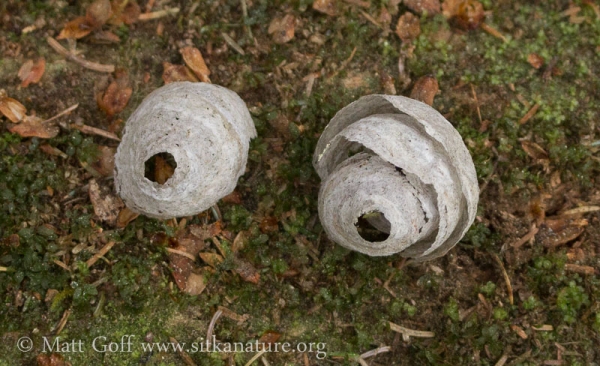 On a recent walk to the park, I was interested to notice at least two different chunks of yellow jacket nests on the ground along the trail. I’m not sure what species was working on them – I’ve seen a couple of different ones here – but I imagine it’s the queens getting things going. I know they’ve been gathering wood pulp, and I’ve seen an intact nest so I’m not surprised nests are getting built in the park as well. What I was sort of surprised about is that they were broken down on the ground. Had I only seen one, I wouldn’t have thought much of it, except to note it and move on (in fact, that’s what I did with the first), but then seeing more, it made me wonder if something was going on. I considered whether birds were getting in and eating whatever larva might be developing, though I don’t even know if that’s how those nests work, exactly. Someone else suggested to me that perhaps it was yesterday’s wind, and some of the nests weren’t up to the challenge of a decent blow from the direction it was coming. In the end, I’m not sure what happened.

So to summarize what I have realized I don’t know as a result of noticing these nests:

If you know the answer to any of these questions, please feel free to leave a comment! 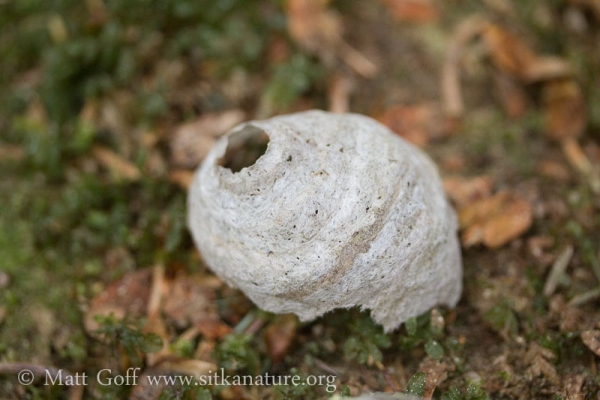