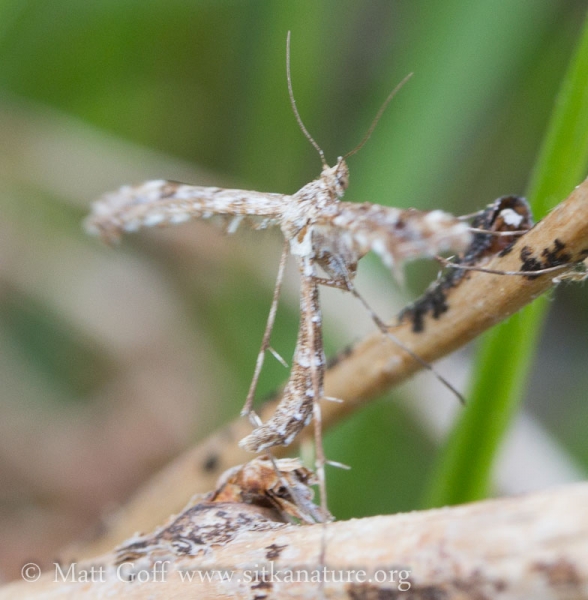 Another sunny day, though this one seemed include a lot of smoke/haze, probably blown over from the forest fires that have been burning in South Central Alaska. Today was the first day the third gate on Harbor Mountain road was open, and I went up there to go for a walk with an ethnobotany class that has been meeting in town. I was interested to see that the smoky conditions seemed less apparent up there.

The walk was enjoyable. The students were enthusiastic about learning the plants. Most of the students were from out of town, and while there might be a little overlap, I think most of the species we were seeing were new to them. For my part, I learned (among other things) that valerian (Valeriana sitchensis) root has a pretty distinctive smell. The instructor of the course described it as “dirty socks”, but others (including me) had a different experience. I’m not quite sure how to describe it, but I found it not unpleasant.

I was a little surprised that there was no snow in evidence anywhere along the trail. Usually even after the road is open, there are patches of snow in the shade that persist for a while.

Several species of flowers were blooming, but it was still pretty early in the season up there. Nice to see Narcissus anemone (Anemone narcissiflora) again – it’s one that we only find up high around here, and it tends to be an early season bloomer, so it’s easy to miss it.