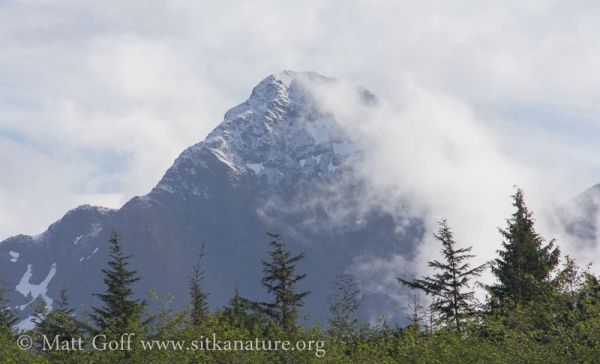 After weeks of steadily disappearing snow in the high country, I was a little surprised to look out my window this morning and see fresh snow on the Arrowhead Peak of Mt. Verstovia. It appeared that snow levels dropped to around 3000 feet overnight, which was not expected (by me, anyway).

A walk through the park was largely uneventful, though I did hear Pacific-slope Flycatchers for the first time this year, so that was fun. I also heard a call I didn’t recognize out between the river mouth and the battle site bench. If I had to guess, I would say some sort of shorebird, but I didn’t see it. 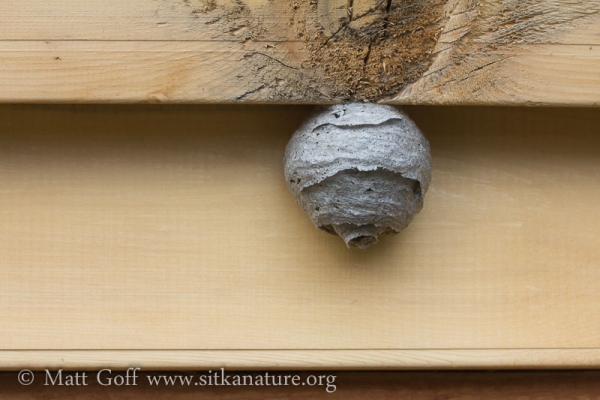 On the way home, I took pictures of a yellow jacket nest that was still pretty small. I didn’t watch it for long to see if it was being actively worked on, however. Guess maybe I’ll keep an eye on it when I walk that way going forward. (It may not last long, however. The house is undergoing a remodel, and it may get noticed and removed.) 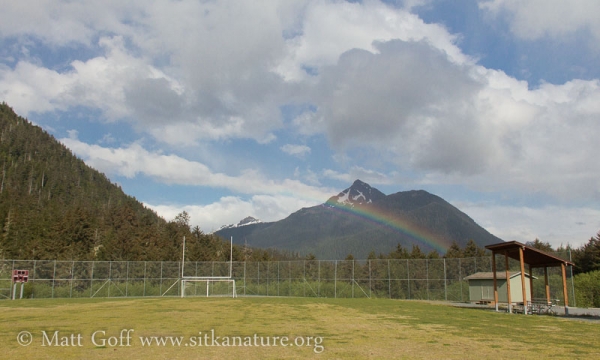 This evening was the first scheduled Wednesday frisbee of the summer, but only a couple of us showed up, so we just played catch for a while. While I was up there at Kreuger, I got to enjoy a particularly nice rainbow in front of Mt. Verstovia. 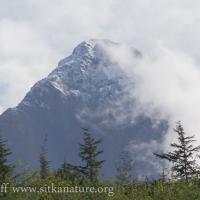 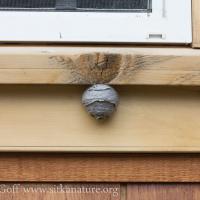 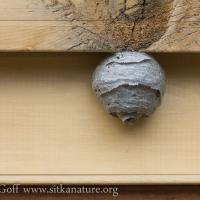 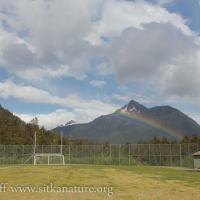 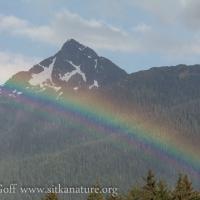 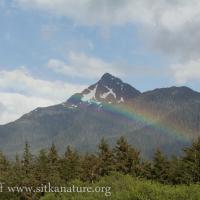 1 thought on “Unexpected Snow on the Mountains”