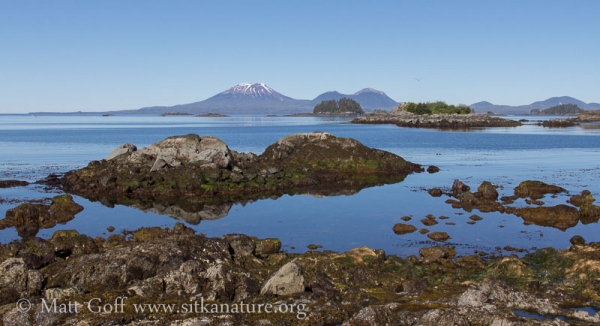 With a -2.2 tide predicted for this morning and the fairly reasonable time of 8:45am, we decided to spend some time at John Brown’s Beach. I imagine there will be additional posts in the coming days about some of the things we saw there.

Yesterday’s clear skies continued overnight and into today, though temperatures did not drop much overnight. It got up into the upper-60s at least, I think, and with minimal breeze it felt exceptionally warm to me. The warmth is melting what little snow there was right off the mountains. There are only tiny patches of snow below Picnic Rock on Vertovia, for example. I suspect if Harbor Mountain Road isn’t open yet, it will be soon. I don’t know how long it will take for the alpine flowers to start blooming, but I suspect it won’t be long if they haven’t started already. (I did see some photos taken up on Starrigavan Ridge last weekend, and though there was very little snow left on the ground, Baby Bear Lake was still filled with snow/ice, it appeared.)

The kids got some tickets for the carnival that’s in town for a few days, so we spent some time there this afternoon. They enjoyed the rides, though they mostly looked pretty nausea inducing to me.

While I was up at Kreuger field playing catch (not enough people showed up for a game of frisbee), I noticed Ravens making a lot of noise in the woods not far from the field. It’s the second time I’ve heard them doing that in the same area, which makes me wonder what might be up there.

(more photos to come when I get them processed) 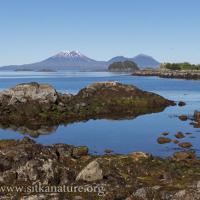