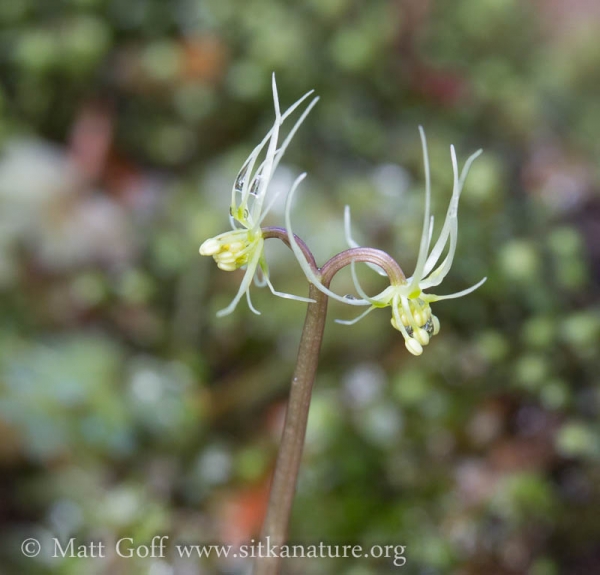 I took a walk around Totem Park this morning to check on flowers and shorebirds. New for the season was Fern-leaf Goldthread (Coptis asplenifolia) blooming in the spot where they grow behind the maintenance area. It had been a few days since I last checked there, so they probably came up a couple of days ago.

On the way down toward the foot bridge, I happened to note a Pacific Wren foraging on a good-sized spruce (Picea sitchensis). It was acting almost like a Brown Creeper at times. The whole story of the wren(s) deserves its own post, so I’ll save the rest for that, except to note that I did find a nest actively being worked on.

Down at the beach, the tide was out pretty far. I did see 7 Black-bellied Plovers. There were also quite a few Bald Eagles out on the flats. In front of the Visitor Center, the ducks were still hanging out (including the hybrid.

Later in the day I stopped by Swan Lake briefly. There weren’t many ducks in sight. Perhaps some have moved on (or are sticking to the park to feed on the herring eggs) and others are nesting and staying out of sight. One American Coot was still around. 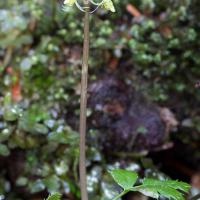 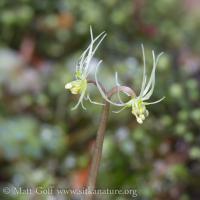 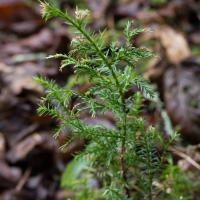 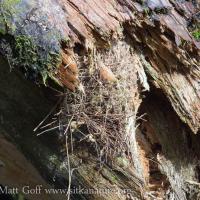 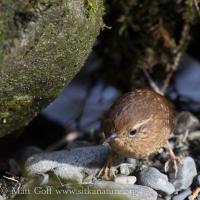 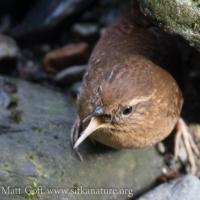 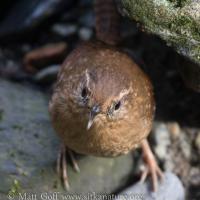 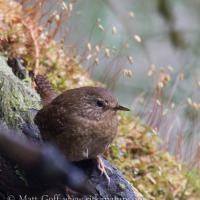 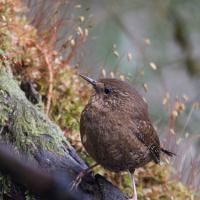 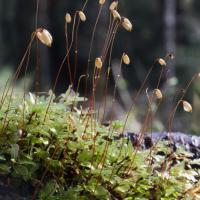 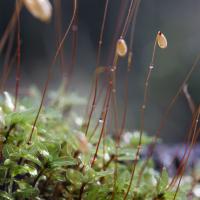 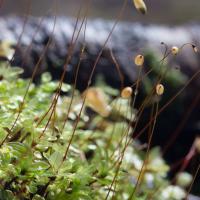 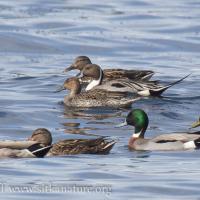 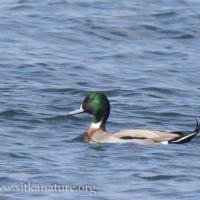 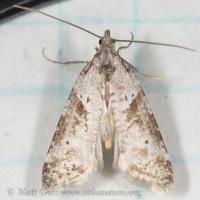 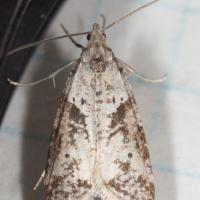 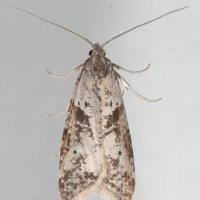 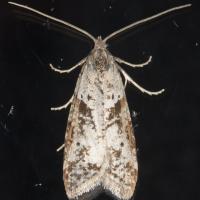 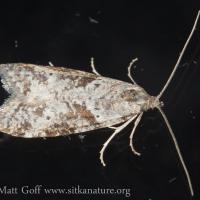 1 thought on “Walk around Totem Park”