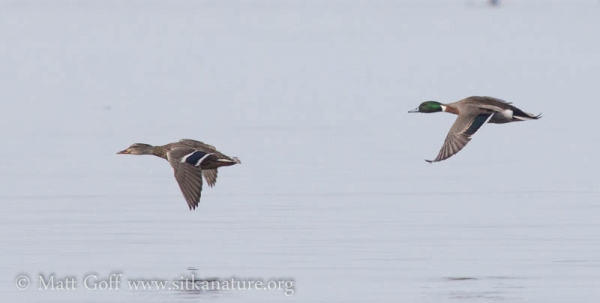 I visited the park again this morning to see about getting photos of the hybrid duck in better light. The tide was out quite a ways, but many ducks were feeding along the shoreline. I walked out on the flats, and despite trying to stay relatively far from the water, I noticed the ducks swim down the beach a ways. I picked a spot a little ways up and sat to wait for the incoming tide to bring the ducks closer.

I ended up waiting about an hour, during which time the ducks did come closer, and I was able to get better pictures in the morning sunlight. Unfortunately, about this time, someone in a kayak with a dog keeping pace on the beach (and occasionally swimming) came from the direction of Sage Beach and that was the end of the ducks for a while. At first they flew part way down, but as the kayaker and dog kept on, they flew over toward Eastern Channel. I did not go down later today, though Connor did. He saw quite a few ducks from the sounds of it, but didn’t happen to find the hybrid (though he didn’t have binoculars, either). 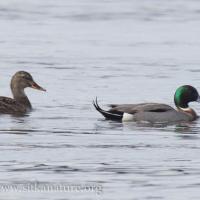 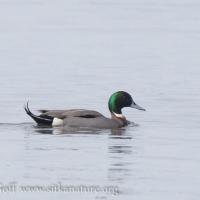 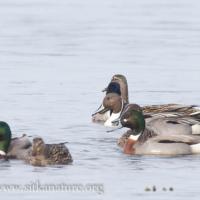 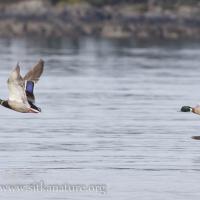 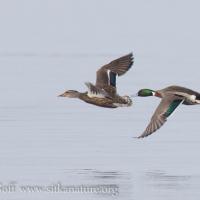 2 thoughts on “More on the Hybrid Duck”