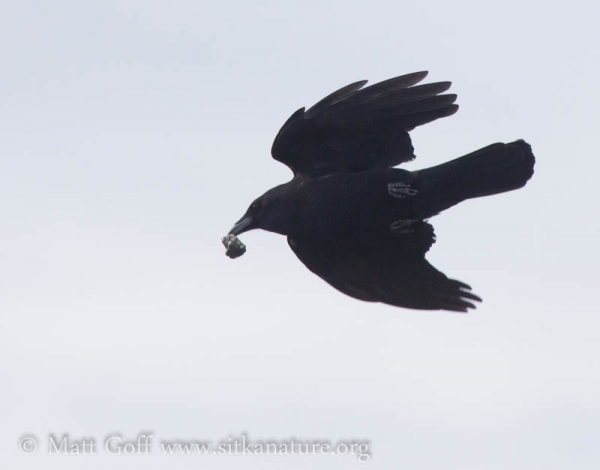 It’s a fairly common sight to see crows down at the beach poking around in the intertidal while the tide is out. From time to time you will see them fly up and then suddenly drop back to the ground. If you are close enough, or get a good look with binoculars, you can see that when they fly up, they drop something at the peak of their flight and follow it back down. I had always assumed they were picking up mussels or other bivalves and dropping them to break open the shell. I’m not sure why I’ve had that assumption, but on a recent trip to the beach I was able to get good enough photos of this behavior that I could see what they were dropping (or at least the ones I got photos). In each case the crow had picked up a rock with a limpet and some barnacles on it. My guess is the limpet was the intended target, though they may have been happy with barnacles as well. 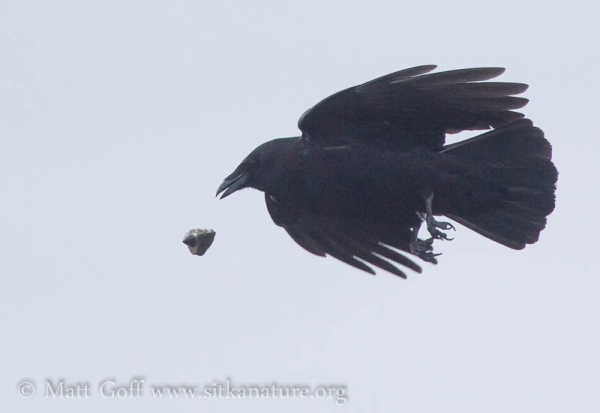 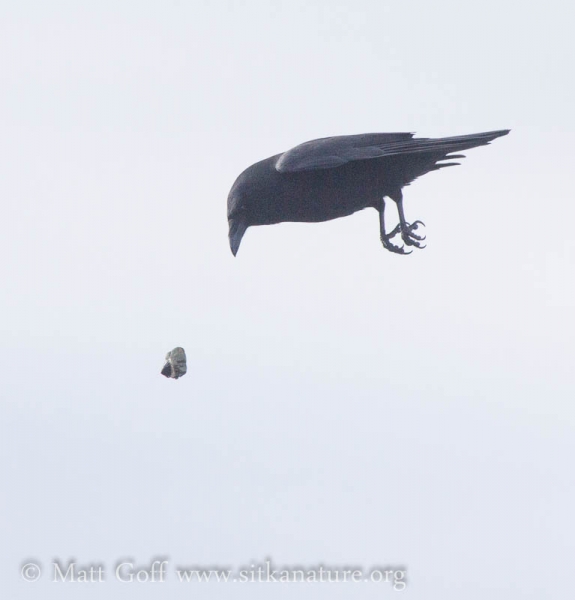 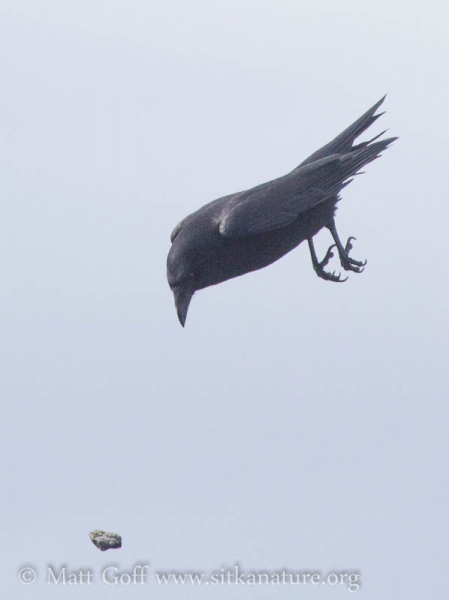