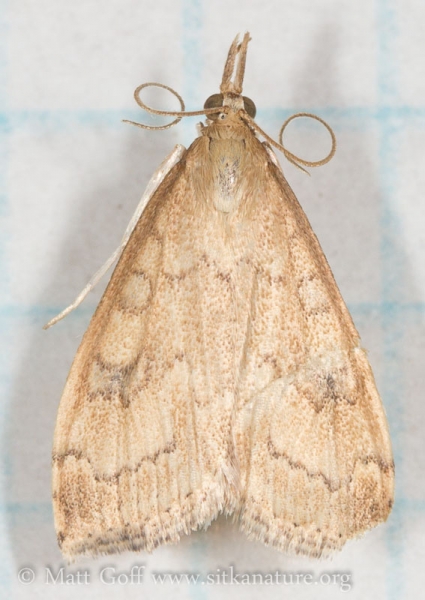 We were a little surprised to see moths flying around in the house this January. Connor and Rowan teamed up to catch one, which I later photographed. After posting to bugguide and getting a reasonable identification for it, it seems likely that this particular moth came up in produce my parents brought over Christmas. After warming up in the house it finished whatever it needed to and emerged as an adult. 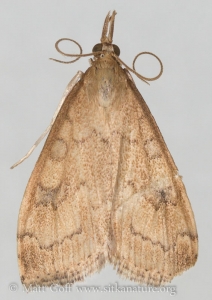 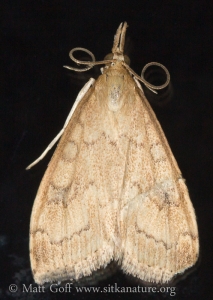