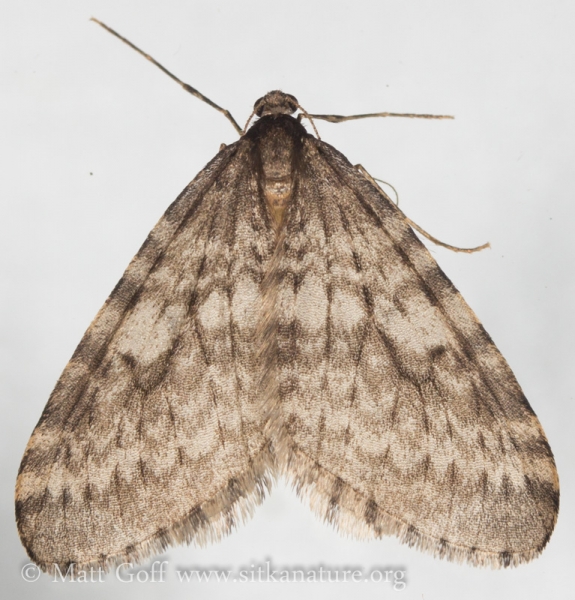 Last week I spoke with someone who had recently been fishing up in Icy Strait. He mentioned that there were many storm-petrels attracted to the sodium lights on the boat (which is pretty typical), but also of interest (to me, anyway) were many moths that were also attracted to the lights, even though they were not especially close to land. He said they were bunches of them flying around, and some were even on the surface of the water. He wondered if maybe the storm-petrels were eating the moths. I’ve never heard of them eating insects, but I don’t really know.

I wondered about the species of moth – there are at least a couple of relatively late flyers. The latest flyer seems to be the one pictured above (which was attracted to light at my house a couple of days ago) – but I’ve not ever noticed (or heard of) there being large numbers of these around. Perhaps this year’s weather helped them be extra successful?

I would be curious if anyone else has seen or heard of large numbers of moths out on the water with or without associated seabird activity, but if there was seabird activity as well, that would be interesting to know about also.