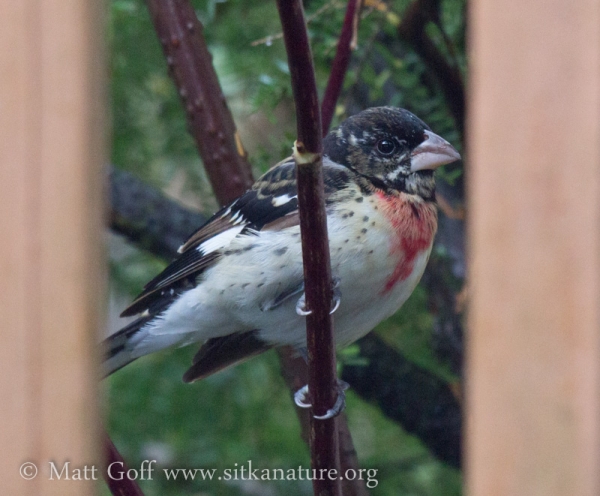 Yesterday Liz McKenzie noticed an unusual bird coming to the feed she puts out, looked it up and discovered it appeared to be a Rose-breasted Grosbeak. As far as I can tell, this species has never been documented (or maybe even reported) in Sitka prior to the photos she took. Liz was kind enough to let me stop by this morning and spend some time sitting out watching for this bird. After an hour or so, I saw it for the first time. Over the next hour it left and returned a few more times and I was able to get some photos. As I understand it, there are only around 11 or so records of this species for the state, so it’s pretty exciting to have one visit Sitka. Thanks again to Liz for reporting it! 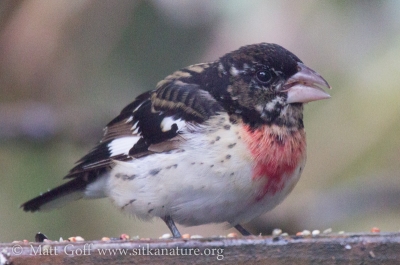 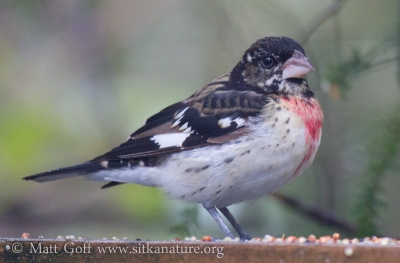 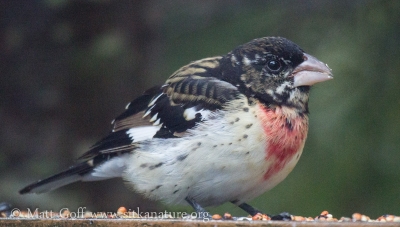 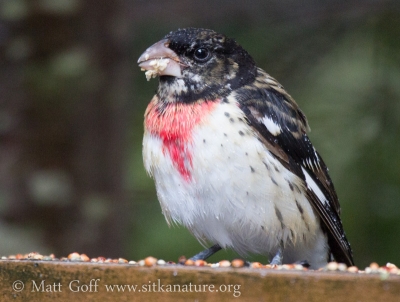