Yesterday I noticed quite a few gulls at Swan Lake (many Thayer’s Gulls in particular) as well as numerous gulls near the base of O’Connell bridge. I suspected an influx of migrants, but regrettably did not think to take a picture at the time. Today they seemed to have moved on.

I noticed my first of season crocus flower a couple of weeks ago, salmonberry and early blueberry buds have broken open, and today I saw my first blueberry flowers (though I had heard of others a few days before). This week I also noted the furry willow catkins coming out, though I imagine it will be a little while yet before they are actually blooming. 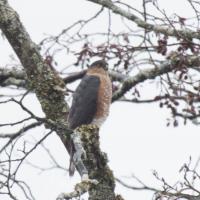 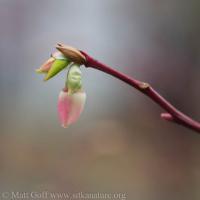