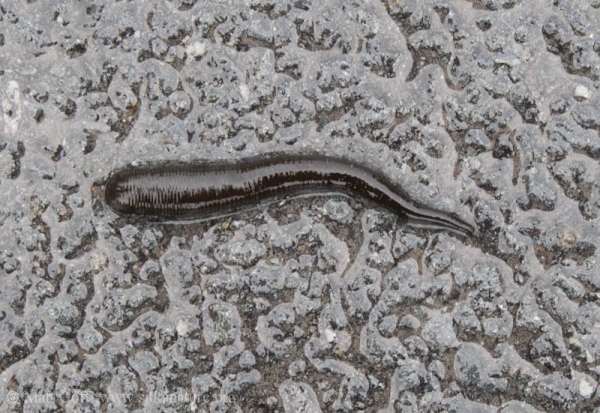 Sounds like it could be the beginning of a joke, but unfortunately I don’t have a punchline for it. All I can say is the leech shown in the photograph here was in the middle of Park Street, apparently making its way from one side to the other, when I happened across it. It was probably 4-5 inches long when extended, and reminded me of leeches I saw in the pools on the bluffs at Red Bluff Bay (which, as I work through the photojournal backlog, will someday make it onto the weblog as well). I can’t really figure out where it came from or how it ended up on Park Street.

This photo was one of several I posted today. I spent a good chunk of time going through photos from this year, still have over 3000 left from this year (though that number will shrink significantly as I edit them down), and this evening decided to post some low hanging fruit (which were days with fewer than 5 photos).