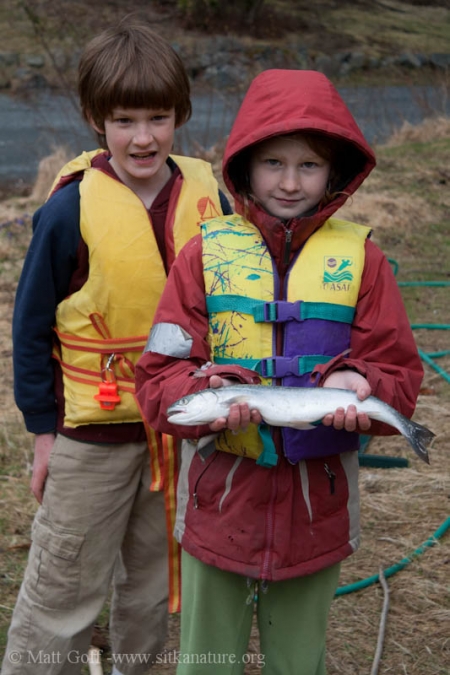 The Dolly Varden have started to show up near the beaches again. Rowan and Connor have been fishing for them this week, and Rowan managed to catch a 14″ Dolly (her first) this morning.

I noticed three Red-breasted Sapsuckers engaged in what I take to be courting behavior. They flew between various trees and utility poles near the corner of Jeff Davis and Sawmill Creek Road. They checked out some of the holes on the utility poles and seemed to be following each other around. Unfortunately I didn’t really have time to stop and watch them for an extended period, but my guess is two of them will pair up and nest in one of the two utility poles where there have been nests in several prior years.

On the way to UAS, Connor pointed out a dandelion flower. It was the first fully blooming flower I’ve seen this spring. (I’ve previously noted blueberries and skunk cabbage, but the flowers weren’t completely open at the time).