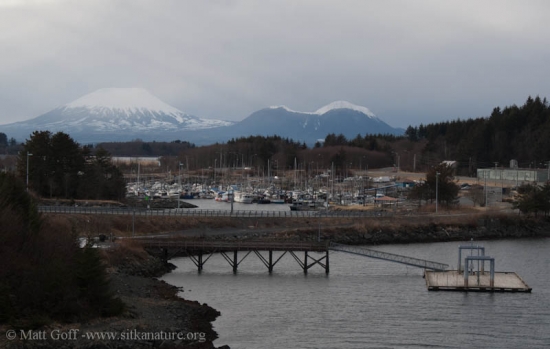 Not much time spent outside today – just walking over to the house and back this morning, then over to UAS in the afternoon. Winds were starting to pick up this afternoon with a few white caps pushing past the bridge into the channel. Temperatures were around freezing, significantly warmer than they had been previously.

While headed out this afternoon I noticed a fairly distinctive call that the kids and I had heard previously a week or so ago. At the time we didn’t get a definitive look at the bird, but I was pretty sure a Northwestern Crow was the source. Today I was able to see 4 or more crows up in a tree where the call was coming from. I suspect the call is related to courtship, but I’m not sure. It’s somewhat reminiscent of a cat meowing – perhaps it could be written as “mrow-row” with the “ow” sounding like in ‘now’ rather than ‘know’.

Still a few sapsuckers hanging around the neighborhoods – probably also down in the park, but I didn’t get down there to check. 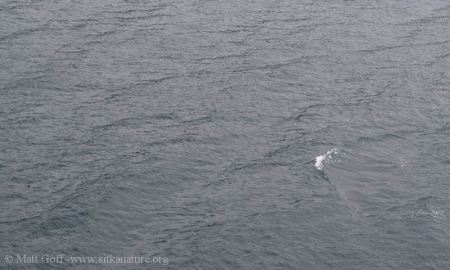