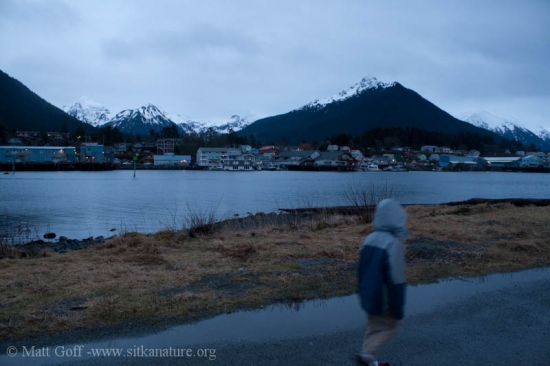 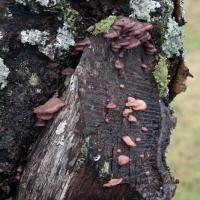 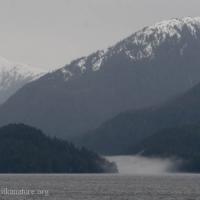 A patch of fog hanging in the entrance to Camp Coogan. 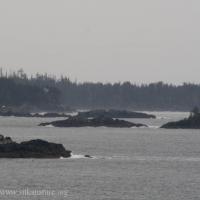 Rocky island points (from near to far) Beardslee, Kayak, The Eckholms, and Long Island. I'm only sure about the last two, however. 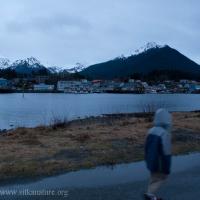