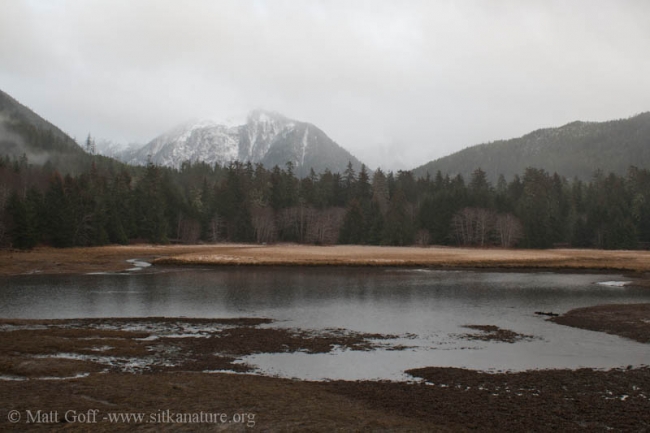 I was once told by someone originally from Anchorage that it was darker here (in Sitka) in the winter than in Anchorage. My first response was to say that didn’t make any sense – Sitka is significantly further south than Anchorage, and so has more hours of daylight in the winter. In discussing the subject further, I came to realize that length of daylight is not all there is to the equation. Sitka’s relatively warm winters with a relative lack of snow combined with persistent heavy cloud cover make for pretty gloomy conditions. When the snow does fall, things brighten up considerably – especially if the snowfall is followed by clear skies. Such was not the case on this early December day, however.