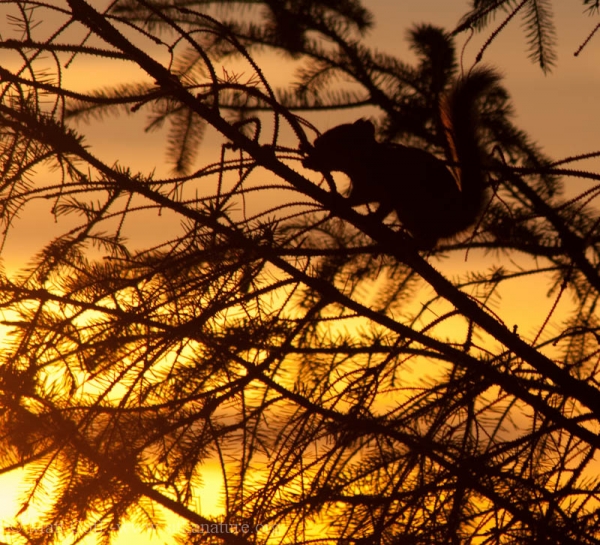 As we head toward solstice and the sun sets ever further to the south, it becomes much easier to observe the last moments that the sun is peaking above the horizon – at least on those days with clear skies. I would like to capture a nice image of the green flash that can occur at sunset when atmospheric conditions are right, so yesterday afternoon I went out to observe the setting sun.

While waiting for the sun to start moving below the horizon, I noticed at least three different birds sounding like they were alarming below me (I was at the top of a small hill). I could not tell what was causing the issue for them, but shortly thereafter, a Red Squirrel noticed me and gave a bit of a scolding before settling down to make a snack of the Sitka Spruce seeds it found in a cone.

Unfortunately for my attempts to capture a green flash event, there was a layer of mid or upper-level stratus clouds out over Sitka Sound. The last direct rays of the sun faded slightly to a still-very-bright, but more diffused light from the clouds reflecting and/or obscuring the sun. What the clouds took away in terms of a chance to see the green flash, they more than made up for in their vivid yellows, oranges, pinks, and purples as the sun continued to drop further below the horizon. 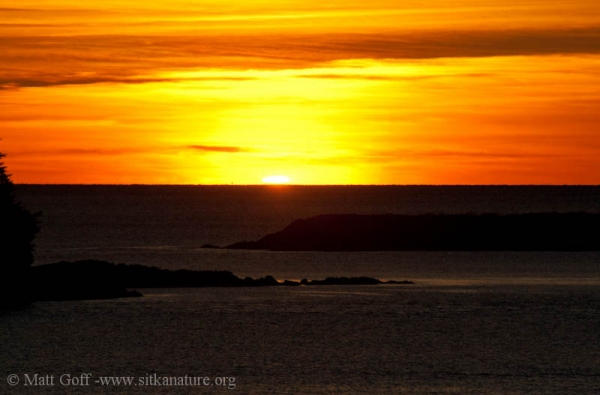 Last of the Sun 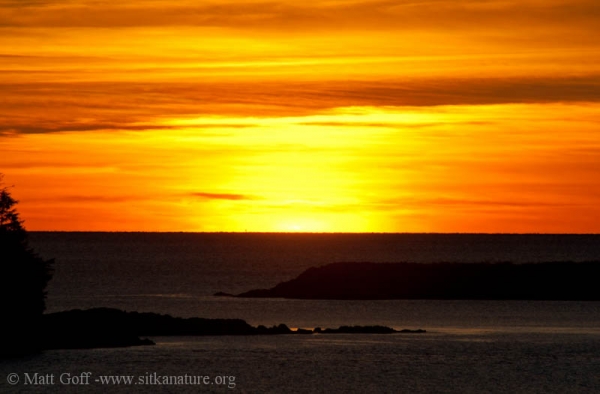 Sun has dropped below the horizon 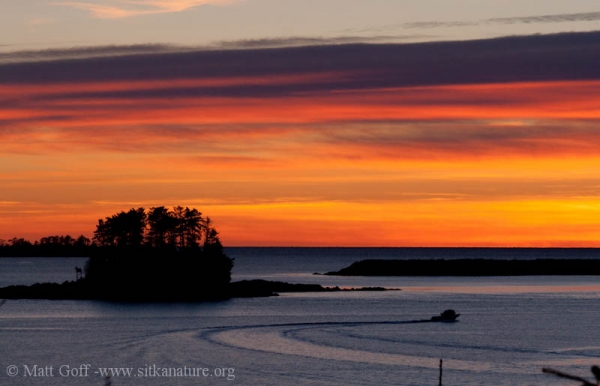 More pictures from this Sunset